Art Of Storytelling: The Comic Strip

Without going into history and homages and whatnot I have a feeling for most of us our first introductions to comics were in the daily or Sunday newspaper. Probably not so much anymore with newspapers losing to the internet, but that’s where the comic strip thrived, one or two pages of three or four panel strips with maybe a one-panel comic or two thrown in there. You had comedy and you had adventure. Some of you may even have gone to the opinion page and read the political strip, but that only works if you share the cartoonist’s perspective on that particular issue. That would be one example of a one-panel strip, but most of you probably thought of something like The Family Circus, Marmaduke, or Dennis The Menace (though in the UK there’s a different comic by that name that is totally different so maybe not if you’re from there). The comic strip is the most classic form of comic.

Even in today’s web culture the comic strip continues. While the big name comic publishers have posted online and some newspapers have daily comics on their site, I’m actually referring to web comics that continue in the strip layout. For some comics this is actually a great way to tell a quick story. For others I don’t think it works as well as it used to.

from Jump Start by Robb Armstrong

Of the three formats we’ll be discussing in this article sub-series the comic strip is the oldest form. If it wasn’t for comic strips we wouldn’t have comic books. In fact the first comic books were actually reprints of comic strips, what we would call a “trade collection” today. It’s simple enough in layout, meant to fit many onto one single page, or in some papers two pages. (Some papers will also post two days of comics if they don’t put out a paper on the holidays.) It’s just three or four panels, a short story to take up a little time in the morning or in the old days at the end of the day. You can read a bunch of them in the time it takes to have lunch. 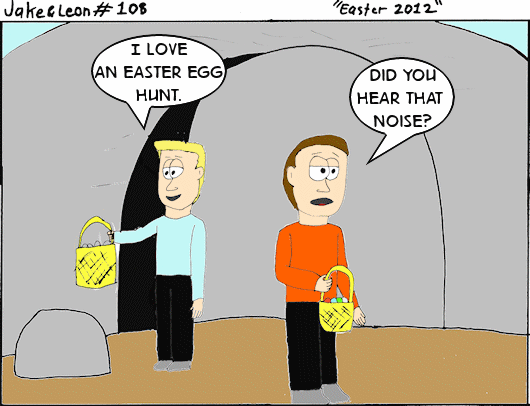 In lieu of a good example here’s one I did.

Then there’s the one-panel strip. I have never seen this used for an adventure story, only for comedy. It’s a good fit for magazines, usually in one of the lighter recurring pages of something like The New Yorker or Parade, just something fun. These can be a bit more amusing than outright hilarious, and some of them have gone on to become TV shows or movies, the two best examples being Heathcliff (the other crazy cat comic that’s had I think three cartoons) or the most popular of these, The Addams Family. An adventure story just wouldn’t work in this format. It needs more room to breathe.

A sample of the original scans of a Sunday He-Man newspaper strip from He-Man.org.

The Sunday comics offer a lot more leeway when it comes to room in a comic. Gags can go farther or you can have more than one per strip. In the case of adventure stories like The Phantom or the Masters Of The Universe strip above it actually has room to tell more of the story. That’s kind of a problem with the more serious longform comic strips, whether it’s an adventure story or a more soap opera style story like Apartment 3-G. I remember a gag from an episode of The Golden Girls where Dorothy sees Blanche reading Apartment 3-G (although it could have been Mary Worth).

DOROTHY: “Oh, I haven’t read that comic in years.

BLANCHE: “Well, I’ll get you caught up. It’s later that same day….”

That’s one of the problems with trying to tell a full story in strip form. For a web comic it’s easy because you can go back through the archives but even then most serious web comics use a more comic book layout. In a newspaper that’s not so easy, so the comic has to take a strip now and then to get people caught up. I don’t mean just in The Phantom, where a new storyline usually starts out with the character’s history “for those who came in late”. I mean where we need a short recap (in three panels, which is harder the further along you go) of what happened in case someone new just started reading that paper or said paper just started carrying it mid-arc. Compare the Masters Of The Universe Sunday strip above with this one.

When you’re Skeletor, you take the victories you can.

I decided to take a shot at coloring the black & white daily comics.

That’s not a lot to happen in one day. While some comic book creators take too much page space to show us nothing…

…comic strips in the daily format don’t have the room for air. You either have to overcompress and lose something in the story or come off a bit jagged if you try to read them altogether. Reading the story arcs for He-Man & The Masters Of The Universe for example led to wonky dialog when read at once but reading them one day at a time doesn’t really allow you to connect with the adventure the way the Sunday strip or the comic book format does. That may be why web comics that tell a longform story don’t use that layout.

The web comic Precocious by Christopher Paulsen. This story was exclusive to the volume 1 print collection.

In comedic comics, which is what most people think of when they think of comic strips, it’s a lot easier. While you can have a story arc go all week (web comics try to go a bit longer, especially if the creator can’t post every day, but most newspaper comic strips end their storyline with their Saturday comic) you can tell a quick gag in the allotted space, rewarding daily readers with a full series of events. That may be why comedic comic creators on the web use it, though on the internet you have the ability to play with the layout. For example Jake & Leon was designed like a comic page but with a strip layout, usually four panels a comic. Some creators even layout a comic to be easier to read on smartphones and some hosting services are set-up with smartphones in mind. You can do a longer story that way, but it’s still easier to handle a short gag as a comic strip.

I don’t think comic strips are going away even if newspapers do. I don’t know how many newspaper sites even have comic pages (none of the ones with news in my state does) but publishers like King Features or United Features Syndicate have their own websites so fans can see them and there may be an option to embed on site, I’m not sure. Self-posting and self-publishing creators still enjoy making them and magazines still have the one-panel gag. For comedy the comic strip is a great layout but for longer stories and adventure tales the comic book layout may work best for you. Next time we’ll talk about that.