It’s not easy to love something that seems to hate you. For example anyone whose favorite food makes them sick, or learning that the people behind your favorite show loathes anyone who doesn’t share their worldview 100%. As a Christian I love science fiction but science fiction doesn’t love me because I’m a Christian…and that seems to hold true for any other religion, whether they want to write it off as “that group’s culture”. Look, if it involves worshiping some form of deity IT’S A RELIGION, NOT A CULTURE! That’s not even putting down people of other spiritual views than mine. If anything I’m standing by them if not their religion. Sci-fi seems to be the domain of atheists, many of which are very much anti-religion because it isn’t science-y enough. I’ve gotten used to it but it’s irritating that my favorite genre keeps telling me my God doesn’t exist…or that he’s really a little grey man from another planet. Grey is the new green in aliens you know.

(And this is not the point where you start pointing me to great Christian science fiction. I’m talking mainstream SF and my reading list is long enough without recommendations right now. Maybe when my list is a bit lower I’d like to check some out, but so much of Christian fiction is preaching to the choir and losing the mainstream rather than being a witness to the Lord.)

We’re not here to talk about that, though. It’s along those lines, and apparently something that affects the way we view real life ancient societies and our own technology. The trope is called “ET Gave Us Wi-Fi“, and any science fiction fan is aware of it. You know that cell phone, tablet, or computer you’re reading this on right now? Aliens. Microwave ovens? Aliens. Velco? Sci-fi loves to blame Velcro on aliens. Now there are times when the trope on a general level can actually work, but there are also uses that diminish the accomplishments of the human race…and some people believe it might actually be true, which only makes the trope even worse.

This is one trope I really don’t have to explain because the name gives it away…unless you think it’s only wi-fi the spacemen gave us. No, it’s any advanced technology or even low-tech things like aqueducts that get credited to some ancient astronaut. It’s considered cute or sometimes can serve the plot, and there is a good way to use it. For example, any modern story where the heroes use alien technology to create weapons to fight the aliens are not a bad idea. If anything you’d expect this. I also don’t begrudge future societies being built off of the backbone of this alien tech. That makes quite a bit of sense, but so few stories starting in modern day is willing to make their sequel or future story alter the course of our lives. Instead it’s still the modern world and all the alien stuff is being used secretly. Any advancement since the original 1992 movie and the more recent 2021 movie (I’m not referring to any specific series, just pulling random dates to make my point) will still feel like our lives with few if any changes. 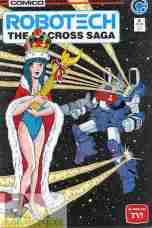 I see the runner-up took it hard.

Your best best is something like Macross, where the crashed spaceship leads to transforming mecha but also gives us robot vending machines that come to your lazy butt so you can tell your little brother he can’t have another soda. Adventures Of The Galaxy Rangers has aliens giving us technology in the hopes we can help protect the galaxy because we have the Old West or something. I even had a story or two in mind where aliens give us combat technology to fight their battles for them. However, that’s the future.

In present day, even when Earth scientists do come up with some world-altering technology you never see it again. In some comic book universe we should have levitating cars that run on solar power by now but in order to stick close to our lives it will never be seen again unless someone in our world actually makes it. The modern world can never change. Why do you think it took until 2005 for the Transformers’ technology in G1 to have any showing on Earth outside of Autobot headquarters? (Decepticons aren’t going to share that stuff.) So if we want aliens to make stuff for our world they need to have done it already.

Again, I’m not talking about the Stargate franchise. All we got out of that was a portal generator. I’m even giving comedies like the Men In Black series a pass, and all of that are fictional technology anyway…except when it isn’t. I wasn’t kidding when I said sci-fi loves to credit aliens for Velcro. TV Tropes lists at least four examples of it. Michael Bay’s Transformers series as well as Transformers Animated decreed that every piece of high-tech was reverse engineered from the remains of Megatron, though at least Professor Sumdak does give us advanced technology. Sector Seven gave us the radio, television, cell phones, microwave ovens, automobiles, airplanes, and anything other piece of technological engineering we have at our disposal today, but it’s all real world stuff. No cool advancements from our own world because they gave us the regular tech we own.

Why is this an issue? Before he passed away George de Mestral gave us Velcro. From wikipedia:

Swiss electrical engineer George de Mestral invented his first touch fastener when, in 1941, he went for a walk in the Alps, and wondered why burdock seeds clung to his woolen socks and coat, and also his dog Milka. He discovered it could be turned into something useful. He patented it in 1955, and subsequently refined and developed its practical manufacture until its commercial introduction in the late 1950s.

de Mestral passed away in 1990. They even named a street for him. Well, forget that. Velcro came from trapped Vulcans needing cash, or reverse engineered from a crashed spaceship, or anything other than the man who came up with it. All his hard work, ingenuity, imagination, and creativity actually belonged to T’Panga or Sodan or some other spaceman name. How would you feel if your work was being waved off as a joke to make aliens seem cooler? They do it all the time. Hard work and evolving tech led to TV, video games, microwaves, and the early mobile phones that led to smartphones, but forget all their achievement. Hoomanz is too dum to mak tings, we need smarter spacepeople to giv us stuf. It belittles the achievements of the human race, and as a creative myself it makes me sad to see that. 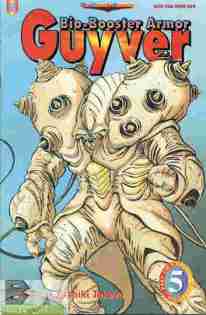 This is what aliens wanted to make us into. I think we lucked out.

Of course it doesn’t stop with your IPhone. We also have to get into ancient astronauts, who gave us everything else. Philosophy, art, music, houses, outdoor plumbing, even weapons get credited to this or that alien society. Those silly ancient cultures couldn’t have come up with that stuff. “They were making sacrifices to gods from the sky (who are also aliens and some were also performing genetic experiments on them or just seeding the universe to feel special and really just wanted to be worshiped by lesser beings) so clearly they couldn’t be smart enough to create a sewer. I’m going to go rant about it on Twitter and totally abuse the gifts from other worlds.” We may never know the names of these architectural innovators were but I’m sure they’d be just as insulted as de Mestral. I know I would be.

The sad thing about that part is some people also believe that in the real world. This article was inspired by a recent video by NerdSync discussing the “ancient astronaut” theory that inspired Jack Kirby’s Eternals characters. Host Scott Niswander does state that he doesn’t know if Kirby actually believed these theories and was probably just using them like other sci-fi writers do to create backstory to build lore off of. What he does note are things like History Channel’s Ancient Aliens, which constantly tries to make the claim that everything in ancient civilisations from art to science to religion is actually to be blamed on the ancient astronauts. They didn’t create wi-fi but they did create manmade river basins, the Nazca Plains were totally their doing, and all that other stuff that says designing a triangular building was beyond those unenlightened heathens. Surely they didn’t come up with this on their own, and gods totally have to be spacemen or else how would they come up with such explanations for the origin of the world? They weren’t that smart, or THEY would have cellphones.

Niswander blames the early ancient astronaut theory that still persists today on racism but I’m not convinced that’s the right “ism” just because they all share a not-caucasian shade of melanin. I do agree that Stonehenge, being the ONLY non-European artifact not blamed on flying saucers isn’t much of a defense but that’s why I think the real blame here is classism or maybe civilizationism. I also blame this for racism but that’s a whole other topic and not one that fits this site. It fits here because I think all of this is looking down on some “lesser” culture that serves fake or foreign gods and such godless heathens couldn’t possibly be this enlightened in other areas. No, we believe in people from space now so clearly they were worshiping aliens and getting all these advancements from them. And yes, I can even call out my own people on this one. Romans 3, Christian classists. Read it!

The ones who worship the “god” of science however is still guilty of this. Niswander also notes that the show contains no dissenting opinions and goes through their “evidence” so fast that your brain can’t come up with a counterargument, thus making you think. I mean, it’s a fun thought exercise but kind of insulting to every designer, architect, artist, and scholar that came out of those ancient days. We aren’t smarter than those that came before, just more knowledgeable because of their achievements as well as our own. The ET giving us everything trope is kind of a mockery of those achievements, a case of a low sense of worth in your own species that we could ever come up with this on our own.

Do I want the trope to die? Not entirely. Aliens giving us advanced technology to our own, either by accident or on purpose, can be a good storytelling tool, especially if you’re willing to advance the world beyond present society. I just want sci-fi to give credit where it’s due for our own achievements as the human race. Whether they came from Mesopotamia, Switzerland, or the South Bronx someone worked hard to design these things that have become part of our lives (not always for our benefit granted) and their creativity and effort should be appreciated without telling us humanity can only advance if some slender three-fingered hand is guiding us.