Captain PSA #4: “The Problem With Twilight”

I don’t hate Halloween. I love the creativity and it’s a good way to meet your neighbors while getting free candy. I’m not going to stop kids from playing. I just don’t like the spooky stuff, or how evil is treated as something cute to be laughed at rather than something to be overcome. I only wore a monster costume once in my youth and I hated it. I’d rather be a superhero, ninja, or some random object. (Seriously, previous Halloween costumes include an old -style telephone and a coo coo clock.)

That said, monsters make great villains, or occasionally heroes when trying to repay their debts. Twilight has altered the perceptions of vampires and werewolves. How can we warn young women that they aren’t sparkly god-men looking to engage in tortured romance but something to be feared less their blood be drained? Luckily we still have one superhero ready to take up that cause: 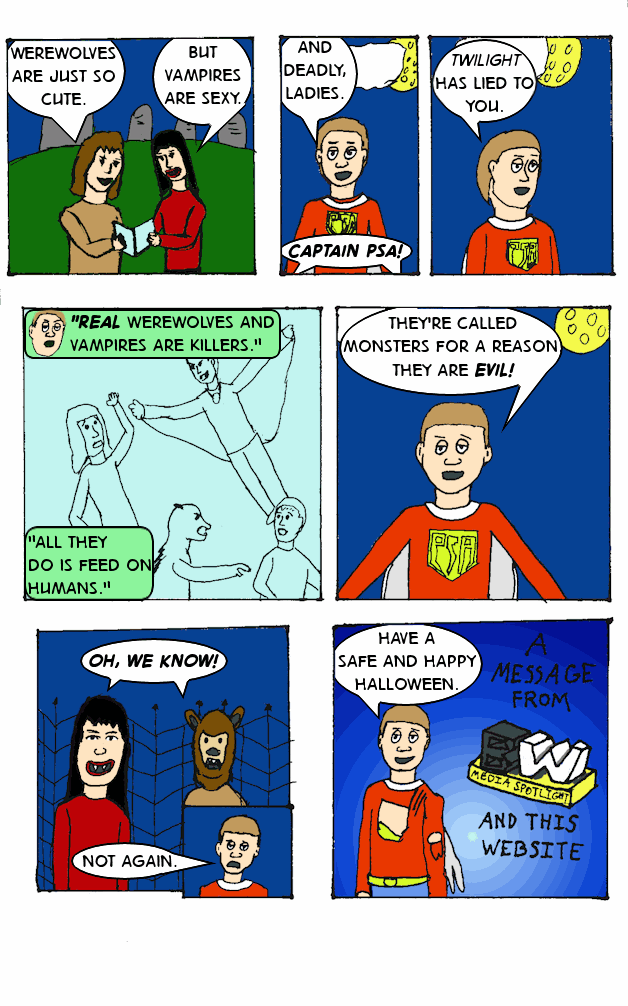 Invulnerability has its privileges. Don’t gorge on candy now.