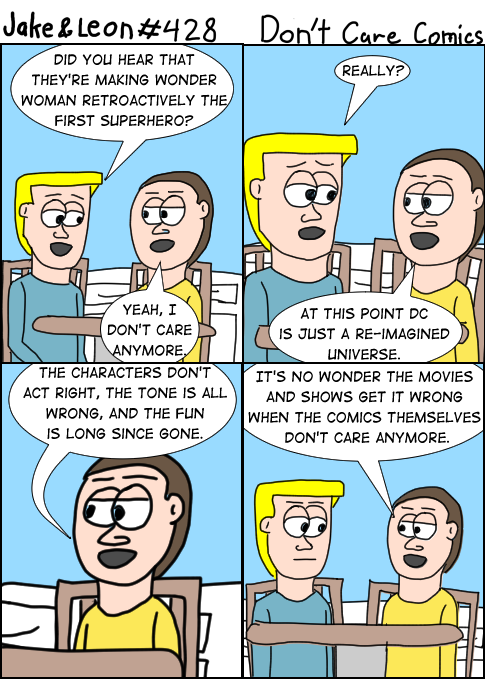 They’re even starting to admit they don’t care about the comics. It’s just a concept they can use to hide lack of creativity.

It’s true. In the new timeline Wonder Woman shows up around World War II (at least in post-Crisis that was retconned as her mother) because…I don’t know, “girl power”, the success of the movie, or maybe both. Outside of a brief glimmer in the Rebirth period the whole DC Universe has been one big re-imagining, not fun, and not the DC Universe in tone or quality. They’ve ruined cultural icons that existed before they were born and they’re pleased about it, and that goes for Warner Brothers and the folks behind Gotham, the not-Joker movie, and I’m betting that Alfred Pennyworth namesake over on Epix because that’s the trend. They had a free preview week last week of Epix but the only thing I got out of that was the Bumblebee movie. There’s a Finally Watched of that in our future, but no promises of this week.

Meanwhile I took time away from reviewing Transformers Universe toys to track down a case I wanted. It was both a success and a mild failure. See what I mean in the article.

As for what IS coming up this week? The last of the videos, and the one I was working up to, from Cartoon Cypher on the topic of dub versus sub in anime is up for Tuesday. We have another chapter of The Merry Adventures Of Robin Hood as well as the intros for Beast Wars II and Beast Wars Neo, two Transformers series we still haven’t gotten legally in the US. I’m not sure what else I’m doing yet but hopefully it will be worth your time and mine. Have a good week, folks!