An Update On COPPA Vs. YouTube(rs) 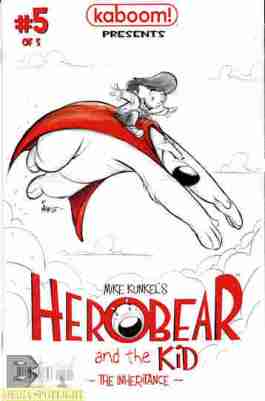 For those of you who missed last week’s posting on the subject here are the highlights. The Federal Trade Commission fined YouTube a whole lot of money for violating the Children’s Online Privacy Protection Act (COPPA) by gathering data on child viewers (recognized by the act as anyone under 13). This is just the latest issue YouTube has had, including some questionable content they had no control over being aimed at kids, and advertisers forcing them to push creators to make their channel family-friendly. Like the copyright issue Google’s response has been rather extreme and a bit of a pain. What’s worse is that they failed to clarify what qualifies as “for kids” with a rather vague policy that had animators, reviewers of kids media and toys, and anyone else who fall under the banners worried they would face demonetization, the inability to connect with their fan base, and potentially even being fined around $42,000, the maximum penalty for violating COPPA. Basically they took their mistakes out on the creators and made everything vague as heck, which is standard for YouTube lately and making creators, especially smaller ones, question not only their future on the platform but the platform itself as it seems to be losing the goal YouTube was founded on prior to Google’s purchase.

The video I planned to post here came from Mathew “MatPat” Patrick of the Game Theorists as he trying to make sense of the FTC’s errors, Google’s errors, and go over the timeline of events leading to this chaos. While I am still posting it the FTC did something none of us expected…they actually clarified what is and isn’t a violation and to what level they plan to enforce the rules, which as you’ll see in MatPat’s video are in need of updating. The second video comes from our pal and toy reviewer Tyler “TJ Omega” James as he goes over what the FTC has said about their approach, some other problems YouTube has given their creators around the same and a few personal notes to his viewers as he tries to calm everyone’s nerves surrounding their future. First off let’s find out how this mess all got started from Game Theory.

Catch more of the Game Theorists on their YouTube channel.

This vagueness was concerning to YouTubers big and small, with the toy reviewers I follow being the most vocal about it. Toys are considered for kids only animation, video games, and comics have made a small push forward but hardly enough. Put COPPA into YouTube’s search and you’ll find videos from reviewers, creators, and even general legal advice channels worried that this might be the end of the virtual world, exaggerating fines past what MatPat and Mr. Enter have listed. It’s been chaos. The FTC put out a call that they were looking over the law and potential updates and called for public opinion, a rarity for the government. Even rarer, they listened. First Sonic The Hedgehog and now the Federal Trade Commission. This is a trend I could get behind. They did what Google has failed to and properly explained what they were looking for and how strict they would be about it.

The second video comes from TJ Omega, one of those toy reviewers I mentioned, who was among the people concerned as he’s been trying to get back into action following a life-inducing hiatus. (I’ve been there.) In this v-log, so it’s not as flashy as MatPat’s but just as if not more important, he highlights what the FTC is looking for and how much awareness they have about kids versus adults content when it comes to reviews and cartoons. Scroll to 3:02 to start the important part to this discussion.

Here’s a link to the FTC’s response by Kristin Cohen, Assistant Director, Division of Privacy & Identity Protection, FTC Bureau of Consumer Protection. It is a bit calming to know that the FTC is paying attention beyond the surface to see if the video is actually lying about targeting kids. As someone who has done reviews of kids shows (and I have another I want to work on that will lead to a new video series in the same vein of my various article series) I had my concerns as well, so I feel safe. Or at least safe-ish. YouTube messes with the rules all the time. All my videos are already not worthy of monetizing because I don’t have 1000 subscribers and 4000 watch minutes, their new YouTube Studio doesn’t work on Vista computers so soon I’ll have to borrow my dad’s to get anything uploaded. It’s like when Maker Studios bought Blip and started pushing smaller creators out, and some of us at my old job think we were slowly pushed out by the new owners so it’s a trend I’ve been caught up in before. They may kick me out like Blip did.

Google bought YouTube but doesn’t understand it was created for regular people to post videos we created. Mostly these were the cute family videos people now post on Facebook and there were a few illegal uploads of other’s content (which is when Hollywood became the first bunch to pressure YouTube into extreme action against creators, negatively impacting the good creators). Then software and equipment for making movies and animation came down and suddenly anyone with the creative bug could learn how to make videos and thus an empire started. YouTube saw competitors offering ad revenue and decided to do the same, and now they seem to want to renege on that deal as their competition dropped. The future of YouTube is murky now just as online indie creator entertainment is blossoming and it’s a darn shame.

Meanwhile I continue to somehow avoid “Baby Shark” without even trying outside of someone on Let’s Make A Deal in a referring costume. I’m not sure how I do it but I don’t mind continuing that particular trend.