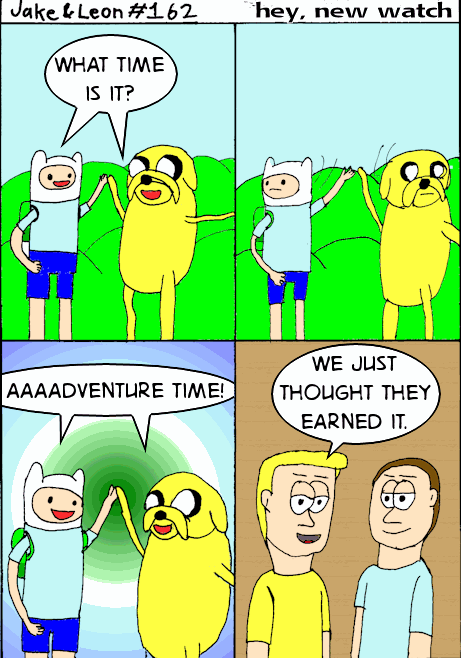 I could have kept this gag going, if only as a recurring feature but I felt it best to move on. So here’s a little closure for the duo. Next week, no Finn & Jake I promise. Just Jake & Leon. Our regular Jake, not the other one.

Speaking of Reviewers Unknown we have our first non-review contributors. Spazzmaster already had his skit show, Call It What You Like, but that was skits performed by other reviewers. Battle Geek Plus on the other hand aren’t reviewers as far as I know. They’re the first of what Ozzie hopes is a section of non-reviews which might attract some new visitors to RU. I’ve seen the first RU posting and I found it amusing. They also have their own site if you don’t want to wait for us to catch up. So welcome to the team, guys. 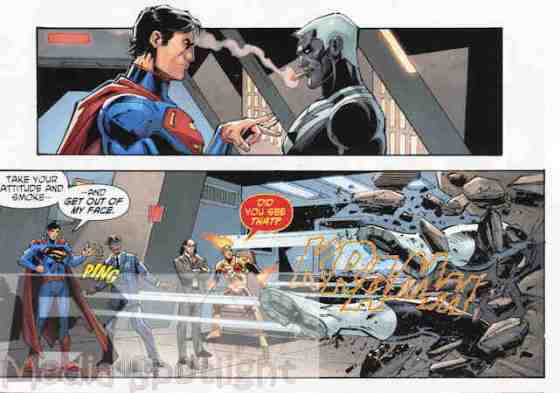 It was tough to find ONE moment for Firestorm, so here’s a reminder that Jurgens should be put back on Superman if they’re stupidly cancelling Firestorm.

And again, we’re done with Adventure Time. Finished. Complete. Unless I come up with something else in the future.