At least if the IDW Predacons were shown to still have animal alt modes.

It’s time for a new Friday Night Fight tournament. The rules are simple: grab a comic at least six months old, find a good fight, and compare it to offerings by the other competitors. These days it’s just for bragging rights and there’s only three of us regularly taking part, but it’s still fun. Tonight the best fight of the week was rather easy. It’s Jazz being awesome, with a little help from Tracks. I’m not showing how they took down all the Predacons but I will show you how four of them went down. You’ll have to get the comic or see if I come back to this in a later fight.

Tracks is heavily damaged and he and Jazz are surrounded by the Predacon, six of Megatron’s best hunters. How do you take them down? Start with a distraction: 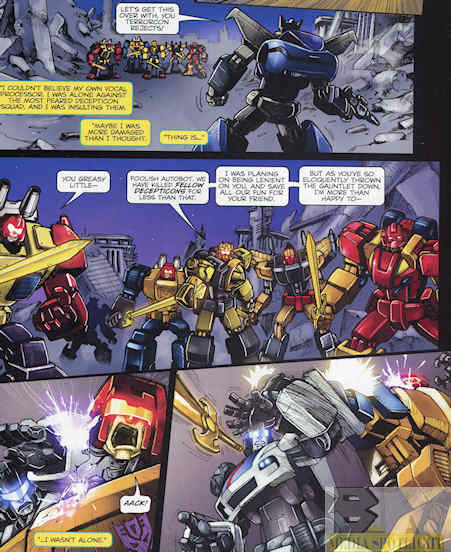 Then you use your opponents weapon against his colleague.

Jazz was later arrested by Ultra Magnus for a hit-and-run charge.

But don’t be rude. Be sure to leave them a going-away present. 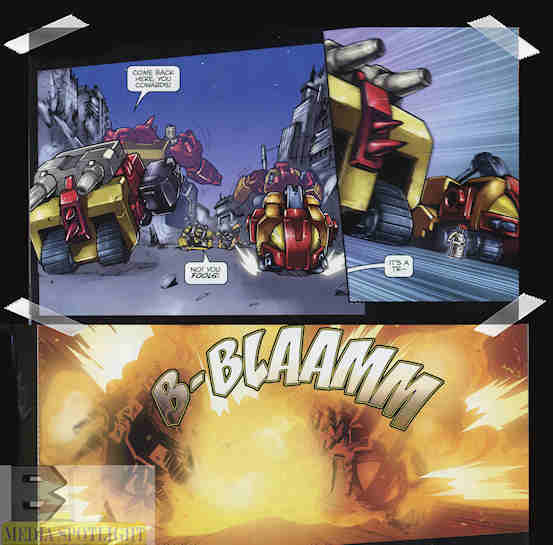 The other two Predacons just get beat down, but you know me. I like the thinking victories.

Head over to Spacebooger.com by Sunday Night and vote for your favorite Friday Night Fight! Winners of these 12 rounds head to the Prize Fight, so feel free to join in. We could use the competition. Rules and the previous round’s winner are posted on Tuesdays.