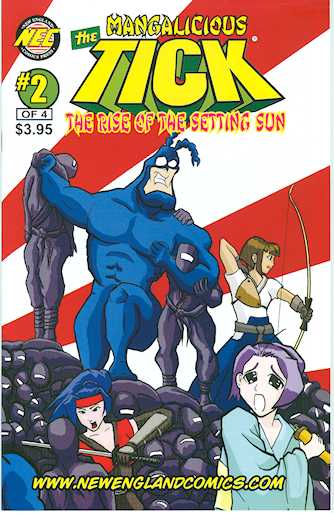 With the Friday Night Fights on pre-Prize Fight break I needed to make a regular article but I wasn’t sure what I wanted to go with. Then I gave in to YouTube’s suggesting (or pestering, depending on how you look at it) to check out a commentary by Wisecrack about the differences between satire and parody, and what each style does versus the other. For their example of satire they looked at Watchmen while for parody they chose the Japanese series One-Punch Man.

My audience should of course be familiar with the former. Watchmen is a comic miniseries turned movie turned upcoming HBO series (if it goes through) that takes a more cynical take on superheroes. Writer Alan Moore originally wanted to take the superheroes DC acquired from Charleston comics–The Question, Captain Atom, Blue Beetle, and others–and create a world in which superheroes did more harm than good. It might have been an interesting story had so many writers not followed this formula and deconstruct the superhero genre to death. I have ended up hating this story and I’ve never even fully read it, and the more I hear about it and see its influence the less I really want to. I appreciate the talent but not the message.

One-Punch Man some of you may be less familiar with. A Japanese webcomic turned published manga turned anime series, it follows the adventures of the titular superhero, aka Saitama, who has made himself so strong that he defeats his enemies in one punch. It also features other parodies of Japanese and American superheroes and all their wacky adventures. Think The Tick for Japan. This series I do want to check out at some point.

So what is the big difference between the two besides one being gritty and serious and the other being silly and fun? I’ll let Jared from Wisecrack explain.

Fantasies do not have consequences. Once you try to turn fantasy into reality consequences emerge. The point of superhero stories is to show how we should act, with or without superpowers. Helping our fellow man, trying to make the world a better place, inspiring us to not give up make ourselves better…these are points of heroes in general and superheroes specifically. You may be able to tell a good story with superheroes if you’re more cynical but you cannot tell a good superhero story if you only see the worst of humanity. There is a difference and it’s my problem with Watchmen and other Alan Moore stories I’ve heard. Moore hates the very idea of superheroes. I wonder if he’s heard of Dr. Wertham? I think they’d get along on that aspect.

One criticism I have with Wisecrack’s commentary is that it seems to treat anime as a genre rather than animated stories from Japan. That’s all it is. While the parody may be a critique of Japanese action stories and larger than life heroes, super or otherwise, I don’t think they’re pushing to do other kids of stories because other kids of stories already exist in Japan. And while parody can be critique to push for “better” it may also just want to be comedy and note how silly some tropes are for comedy. I know in Jake & Leon I often use parody for both, with the closest thing to criticism in my mind being “here’s your realism, see how it would actually ruin the story and why some of us love it?”, because “realism” is often used in that same cynical tone as satire (which I’ve also used on the “false realism” crowd) to insist that humanity is all evil and has no good qualities, which is a point of view I very much disagree with. Sometimes people will see things the writer didn’t intend and to a point there’s nothing wrong with this.

What do you guys think? What are the positive and negative aspects of satire and/or parody? Where do mockstalgia movies like Baywatch or Chips fall into this discussion? Or something like the Epic Movie franchise? Can something be both a satire and a parody? Which do you prefer, or does it boil down to skewering a genre you hate versus one you love? I’m curious what others think about this.