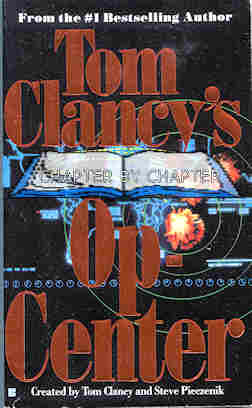 We’re getting closer to the end of the book. I’m used to running low of way to discuss the book without spoiling anything in case someone stopped here before a previous installment. I think I’m out now as I’ve already said all the complaints I can just as the book finally starts trying to make up for the failings. Except for the annoying way it approaches chapters.

I’ve been on Rodgers’ case for putting himself on a mission he didn’t belong on to relive his war days, and I stand by it. However, I’m not above giving credit where it’s due, reluctantly or not. Rodgers does spot something wrong and comes up with a smart plan to investigate the site commander’s tent because something is off. He also doesn’t order Squires to let him do it but asks permission. He’s not trying to take over, and Squires misses his chance to tell a superior officer no because it’s a good plan. This hasn’t redeemed Rodgers for me but at least while here he’s doing things right. I’ll take anything positive about the character I can at this point.

I’m kind of disappointed in the next chapter. We check back in with Gregory Donald, who unfortunately dies from the gunshots from last time. I guess this means he’ll be reunited with Soonji but I was hoping he’d survive as he’s one of the handful of characters I liked in this book. However, he is able to warn the medic about the poison gas in the barracks and Eyepatch’s associate is killed when they try to apprehend him. Eyepatch sees all this and decides having the South blamed will be good enough to start the war, despite the North being blamed having been the plan all along. How this will affect the missile launch plans we’ll have to wait and see on. Also, Eyepatch now wants the US out of South Korea, for the country to go militaristic, and somehow become a feared nation. So he wants South Korea to act like North Korea but without a Dear Leader and that’s his opposition to reunification? Extremism based on hate really does drive a man insane, doesn’t it?

I was actually surprised to see the book go back to lady-Kim. I’m kind of hoping she gets away after Hwan’s “associate” allowed the woman who saved Hwan’s life to continue being chased. She’s useless as a spy since she didn’t want to be one anyway, just wants to get to her brother in Japan (hopefully he doesn’t work at that pachinko place and I’m wondering if we’ll ever see what the deal was with that place), and in this chapter finally shows remorse over killing that guy even if it was to save a good man. She may love her country but at least she has a conscience. If only North Korea’s leaders did the same. However, she’s being chased by the authorities now and I had to take a peek ahead to see if she was going to be okay. Only doing a chapter (or in this case a few chapters) each week leads to impatience at things like that. I just don’t have the time to make this a daily series. However, since I don’t spoil events ahead of the chapters I read (a request I also make in the intro for you folks) I won’t say if she makes it or not. We’ll get there.

Another good set of chapters. I’m sorry to see Gregory go but at least his death meant something and he went down a hero. Will this still play out the way Eyepatch wants? Answers will be forthcoming.