The Positives And Negatives In A #MeToo James Bond 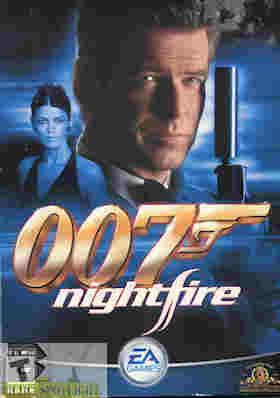 Created by Ian Fleming, the James Bond 007 novel series was popular enough to be made into a TV movie, the first incarnation of Casino Royale (one of many Bond movies named for a novel it doesn’t necessarily adapt well). From there the secret agent moved to the big screen and spawned many knockoffs and parodies with various levels of quality. While the movies dropped the cool disguised gadgets (this pen is actually a rocket launcher) it’s Bond’s way with the ladies that managed to have held on along with the shaken, not stirred martinis.

If rumors and current events are to be believed he may be losing the ladies too, at least as we know them. In light of the modern #MeToo movement brought on by the treatment of women in Hollywood finally being out in the open as if we didn’t know it was already happening and I’m surprised it took this long to finally be acted on, there are attempts to alter James Bond for more modern perspectives. At least the perspectives of the modern Hollywood types and certain ideologies that Hollywood wants to appease. Again, these are rumors but speculation is fun, and if this were to happen how much of it would be a good thing and how much would be stupid? Of course the good part is as usual somewhere in the middle. First, Robb of Midnight’s Edge sets up the situation.

Okay, I know this isn’t Bond related but I have to ask…why is Lando Calrissian making sexual advances on a droid? In an official, CANON production? I haven’t heard about this in complaints about Solo: A Star Wars Story but now I’m a bit more concerned about what I’ll see when I go to actually watch this. Oh, and check out more of this show on Midnight’s Edge’s YouTube channel. Now on to the speculation.

First off, Ms. Broccoli (I don’t know if she’s married and that must have been a hard name to go through early school years with) is right both that James Bond shouldn’t be gender-flipped and that more female spies in the Bond mold wouldn’t be a bad thing. All we’ve really had there are different kinds of agents and some parodies. There’s always been a question of whether or not James Bond was a code name for numerous men like the code number double-oh-seven, or if it was one guy that just happened to have numerous actors. (Or if he was a Time Lord, which thanks to me we all know is the correct answer.) So let’s go over how a female Bond (which is different from a female spy LIKE James Bond, a different 00? within MI6) would mess up both ideas.

Well, the haters did call Bond a dinosaur. Plus I get to remind you Super Dinosaur exists and you should have read it.

Is James Bond part of the 007 code name used by numerous agents? Why would this be? To give the name a reputation with the criminal underworld like SPECTRE or their counterparts SMERSH and SCUM (I do my homework and yes I’m just showing off right now) would be my guess. They may not know his face but Bond does have a rep with the baddies, so having the name passed along Phantom style makes a certain amount of sense. Unlike some Doctor Who fans (no, I’m not going to keep the references going) I don’t think they’d simply accept that James is suddenly a girl now, no matter how un-sexist they are. Too many of Bond’s surviving enemies (short as that list is) would get this wrong and they would know something is up. Now a modern agent like Bond they may deal with but nobody will believe she’s James Bond.

So maybe they know the name is passed down. After all, the 007 number was probably already a designated agent number like insert your favorite sports team here, where some numbers might be retired for whatever reason even if the James Bond identity wasn’t. In the books the original M retired and was replaced by a new M, Barbara Mawdsley, while the M of the movies for awhile was also a woman, played by Dame Judy Dench, until a new M was chosen, and back to being male so you could make a case there. This would mean that we have followed the same James Bond for years, and I’m not sure many fans would appreciate following a brand new character decades later (Daniel Craig reboot aside) when creating a new character would satisfy everyone except the sexists I’m sure every defender of a woman 007 would accuse all naysayers of being (although some of them may also be women but that hasn’t stopped anyone recently–they just ignore that). Of course the hateful are never happy. As Ms. Broccoli stated, a new female agent would be better than a replacement Bond. Besides, I think the movies like being ambiguous whether or not this is the same guy or if “James Bond” is just an identity that comes with the 007 number.

Addressing Dude Bond’s history with women is another story. Has Bond attacked women? I guess according to the video (I admittedly haven’t read the books or watch the movies and I never finished the game pictured at the start of this article) but without knowing the context I can’t really comment. The “Bond Girls” are rather infamous and while a female Bond-esque agents should obviously get her own “Bond-esque Boys” to be fair I think making Bond suddenly chaste would go over like Jaws as a taffy-eating contest, amusing at first but a bit painful later on. Sex is a part of Bond’s world and a lady Bond would be sleeping with her Bond-esque Boys as well. They may have a point on the alcohol but Bond was probably drunk himself and the women didn’t seem to care often in the morning unless they were actually shown to be.

That said, a woman who actually isn’t impressed by Bond throughout the movie and is still straight might actually be a fun twist for one movie.

I’m not against softening some of Bond’s more sexist attitudes but sleeping with women and not being one himself are all part of the character and seeing that changed wouldn’t sit well. Create a new agent and let James Bond be James Bond. Makes sense to me.