Diving Into The Mandalorian 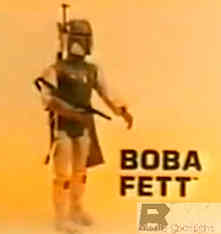 Like the toy, the character is only what fans make him to be.

To be honest not a lot of interesting news (to me anyway) came out of D23, the annual Disney fan gathering. I mean, stuff came out. The Pixar news I should probably look into. However, I don’t care about Disney’s live-actionification of their animated classics, the Marvel news involves characters I wasn’t invested in and the Black Widow news we had previously took the interest out of that movie. The Rise Of Skywalker interests me more out of morbid curiosity and getting to spend time with my friends than any real interest in the movie itself. And Disney+ is only interesting if you can afford to pay for it. Interesting that YouTube and VuDu are embracing ad-support for the unsubscribed and bonuses if you are subscribed but everyone else still insists on paid subscriptions. There are so few free services left and by the time you pay for all the other ones it’ll probably end up costing MORE than cable or satellite.

One of the few things worth finding interest in is The Mandalorian, Star Wars’ first ever live-action series for Disney+. They’ve had the movie of course, TV movies like the two Ewok movies, and animated series, but this is their first live-action series. Part of the D23 news includes a trailer, and while I have a mixed opinion there’s a more positive one online than the franchise has had since The Last Jedi.

I heard somewhere that the show is a rework of the early scripts and ideas for the Boba Fett solo movie that got squashed with the Obi-Wan Kenobi movie. I don’t know if that’s true but given how many other writers made the younger Fett such a badass that they even retconned him escaping the Sarlacc from Return Of The Jedi–and this is officially licensed novels–I can kind of believe it. The unnamed hero (if he is one and not an anti-hero or villain, since he is a bounty hunter and all three have had their bounty hunters) is seen kicking all kinds of butt.

One question I have immediately is the dude in carbonite. The series takes place after the original trilogy, spanning the time between it and the sequel trilogy as the New Republic is still being put together. Is this just a new thing now? Someone heard about Jabba’s wall decoration of Han Solo…made OF Han Solo…and thought it was a good design choice? Remember, Fett was rather nervous about Solo dying during the freezing process, because if he didn’t end up in hibernation he was out the “alive” fee and apparently “death” didn’t pay as much. I guess everybody’s willing to punish people by putting them into carbonite. Now there’s an interesting story. Set a story after the sequel trilogy when someone carbonited is released and learns about all the time between Jedi and Force Awakens. It will be like Star Wars Captain America. Or possibly Star Wars Futurama.

Visually though the series is stunning. It demonstrates how far effects have come for the budget. And there’s sunlight. Remember sunlight? Sure, a brighter color pallet alongside the browns and shiny silvers would be nice but even Supergirl is wearing dark blue these days so I’ll ask for more while still acknowledging what I get. Entertainment Weekly also has a list of the cast, which seems interesting. While all we know about the Mandalorian (which keeps making me thing of the old cowboy show The Virginian even though the title character on that show wasn’t a bounty hunter…still keep mentally slapping The Men from Shiloh into the title though since the extended title is used in syndication) is that he comes from Mandalore, and if that’s not obvious to you then you didn’t see the Clone Wars story arc about the Mandalorians and the origins of the Fett family armor. We won’t see him without his helmet and he isn’t Boba Fett. All Jon Faverau has said about that is Fett isn’t one of the five new character, not that he won’t be in it because apparently nobody can believe he’s dead and slowly digesting. Why? His armor is too cool or something. I’ve never understood his devoted fandom. What does he do outside of having cool armor. He’s evil Iron Man…so Titanium Man or Crimson Dynamo I guess. And yes, I’m sure the Mandalorian will be compared with Boba or even Jango Fett whether the rumor of being the failed Boba Fett movie script is true or not.

We don’t know much about the other characters either. The bad guy I’m assuming is a surviving Moff and his unit who won’t give up power, Carl Weathers is playing the bounty hunters’ boss, we have a former stormtrooper turned Rebel mercenary, and not-IG-88 is being played by the Thor director who who will glad take shots at Thor’s fans. And given Taika Waititi’s preferred stories I’m betting IG-11 is going to be wacky. Hope they learn from Jar Jar Binks’ mistakes although I will be surprised to hear that Waititi has as much interest his character as Ahmed Best did.

Could this be good? It has the right talent. Will it be Star Wars? That’s pretty much been the problem lately since Disney took over LucasFilm. One can hope but we won’t know until it debuts on Disney+. And I won’t know until I hear the reviews since I don’t have the funds to subscribe, even at under $10 a month.

Posted by ShadowWing Tronix on August 27, 2019 in Movie Spotlight, Streaming Spotlight and tagged Disney Plus, Star Wars, The Mandalorian.