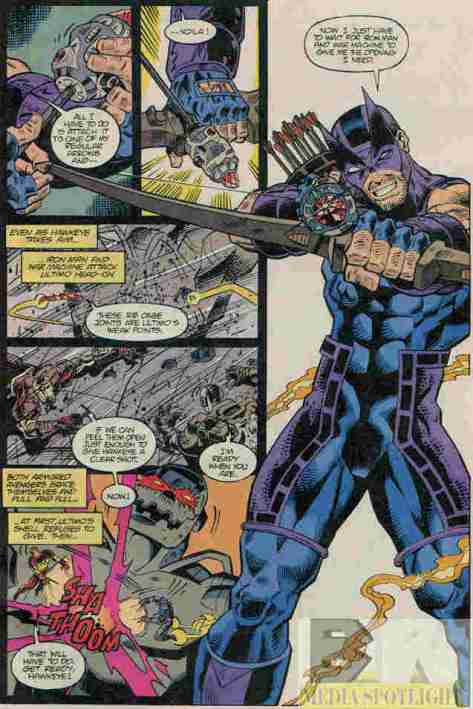 Wait, if they could tear his chest open before why didn’t physical attacks work until now?

Apparently Norse gods, high-tech armor beyond our current capabilities, a super-soldier serum created in the 1940s that’s still beyond our current capabilities, and whatever origin they have for Hulk this time is all perfectly acceptable but a dude using a bow and arrow to make an amazing shot is where some people draw the line in the first Avengers movie. I’ve seen girls just barely in their teens shoot a bow and arrow with their feet and hit the mark, and not on TV. Training can be an amazing thing. (Though in the girls’ case being contortionists helped.)

Author Caroline Furlong examines how the scene in The Avengers where Hawkeye makes what appears to be an impossible shot isn’t showing off but highlighting something important about Hawkeye and his training. I’ve shot a bow and arrow before in school and sometime last year and it’s not easy, but it is doable.