My Not-So-Favorite Intros: Beware The Batman 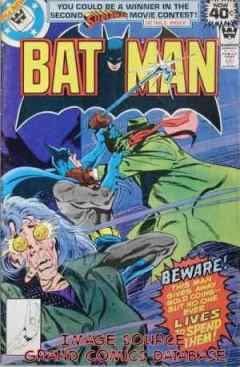 My copy is missing the cover. It’s that heavily read.

So there’s a new Batman series coming from Cartoon Network. I’ve seen a few clips and while the character models seem on the level of the recently canceled Green Lantern cartoon (and look only somewhat better than the Batman: Vengeance video game I have) the animation itself look decent…in trailers. I have a few fan nitpicks about Alfred now being in the field or Katana appearing to replace Robin but I’m going into the show with an open mind. It might be good.

First let me say this isn’t the worst Batman show intro I’ve ever seen. We’ll look at that tomorrow. So what don’t I like about it? Well, the length immediately. It clocks in at 26 seconds. It’s still longer than the new Thundercats or season 2 of Young Justice but still really short. I’m also not into the visual of it. I know what they were going for and I can’t call it bad, but it’s just two much red for me, and red’s my second favorite color. Again, it’s not bad, it’s all a personal preference. Still, it just came out and I felt the need to bring it up. It may win me over after repeated viewing and I see how it works with the show.

So what’s the worst Batman intro in my mind? Come back tomorrow and find out.