What’s more summer than fireworks? Well, probably a few things but when you’re dealing with Hercules you end up living a Michael Bay movie on a good day. Since we’re at the point where he has lost his immortality but still drinks booze like water, that means it’s going to get worse.

At this point I’m just padding out the intro to a proper length visually. So…how are you? How are the kids? Good, good. How’s that rash. Did it…you know what, never mind.

The Heroes were hired to stop Nitro The Exploding Man from exploding all over the railyards. Iron Fist and White Tiger made one big mistake: they brought Hercules along. 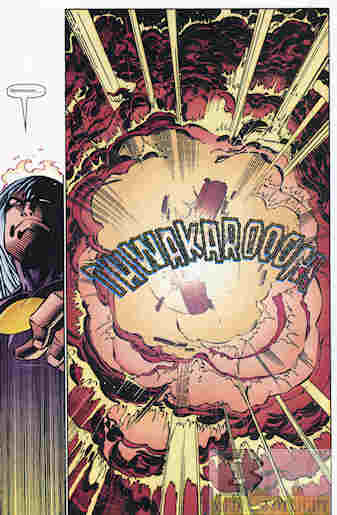 A tanker car is tossed at you and your reaction is “interesting”.

Mostly because it is. 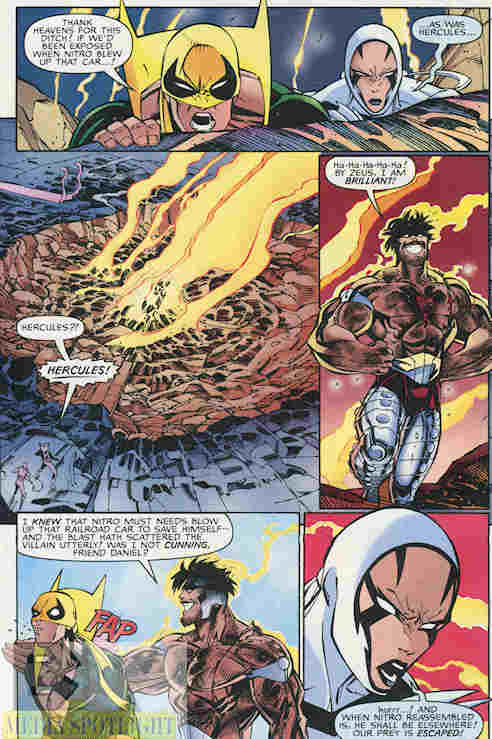 Hercules and brilliant only go together when Hercules says it.

This reminds me of another really strong man of lore, and his signature weapon: the jawbone of an ass!

Head to Spacebooger.com to vote for your favorite Friday Night Fight! Winners of these 12 rounds head to the Prize Fight so feel free to join in. We could use the competition. Rules are posted on Tuesdays.