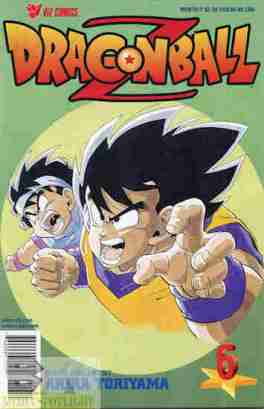 One more video and I’ll get to the one I really wanted to post. It’s going to happen, unless something happens to me or the site.

Look, I’m not posting these videos to insist that the dub is better or how anime should be watched outside of Japan. For that matter neither are the team at Cartoon Cypher, who are producing these videos. Speaking only for myself, the point I’m trying to make is that dubs are not somehow ruining the medium. Last week I posted a video that showed even the subtitles are altered for audience and for reading comprehension within the space of the character speaking. Japanese is a different language than English not only in words but in grammar and patterns that are better explained by a linguist. Even putting in swears are really inaccurate to how the sentence was said in Japan, so you’re not getting it right if you have characters dropping all the F-bombs if dialog is really the most important thing to you. They’re just trying to get the characters’ personalities across, although as noted in the previous videos in this set occasionally the English version led to a more interesting version of a different character.

If the dialog is really what matters to you as the “art” of the anime and if editing to the lip flaps has been the issue as far back as Gigantor or Speed Racer then maybe the solution is to just edit the lip flaps. Abridged series creators like Team Four Star do that all of the time. However, they’re only working on parody series. They didn’t do that themselves when working on an official dub. Plus that may help one piece of the art in theory but you end up ruining a whole other part, as this week’s installment demonstrates. Somehow they slipped a couple of nipple shots in there too, just as a warning.

Let me take this from a different perspective. I’m a comic creator. Not a hugely popular one, but I have a weekly comic strip, an annual (hopefully) superhero PDF comic, and I’ve been making comics on ditto paper and in notebooks since sixth grade. I qualify under the definition. I also lettered this.

In more professionally-lettered manga a touch-up artist will alter the panels to better fit the English style word balloons. However, those are static pictures. When doing art in a comic one of the things that needs to be taken into consideration by the writer is how the dialog will fit and still allow for the art team to show off their work, especially if certain items (say a type of “Chekhov’s Gun”) have to be noticeable to the reader. In fact I’ve seen pro letterers complain when they’re given too much dialog to fit into a scene by the comic writer, while the artists sees a lot of their hard work end up being for nothing. I have been known to use word balloons to cover up art mistakes a time or two in Jake & Leon or Captain Yuletide when I don’t have time to fix it but I’m the solo creator of those works so the blame lies with me if there’s too much dialog or I ruin the “good” art that comes out. On a team effort, which anime usually is along with the dubbing process, everyone has to do their part to not overshadow the other parts. The dub team can’t overshadow the visuals because that’s an important part of being a visual medium…the visuals.

A visual medium is actually a mix of visual and either audio (TV or movies) or prose (comic dialog). This makes the art important as it carries much of the story. While some comics focus too much on the art than the story others don’t put enough focus on the art to the point where my stuff ends up being better, and as an artist I’m a good writer. Imagine something like Spirited Away where the art had to be altered to fit the dialog in. You could be ruining the pacing or distracting from what the art team wanted you to focus on. That’s almost as bad as having to look away from the visuals to read the subtitles, but at least with the sub you can always rewind and see what you missed, or still have something catch your eye. Annoying, which is why people like me prefer the dub, but at least it isn’t altering the vision. I’m a writer more than I am a cartoonist (although I do that too) and as long as the point of the dialog gets across minor changes aren’t too bad. Again, Japan doesn’t have the same type of cursing we do so whenever you see or hear a swear in either English version you end up altering the text.

So it’s time to take all of these previously made points and run them together. Next week we finally get to the video I’ve been looking to post, and I may do my own commentary after that. Check out their YouTube channel to see more and come back next time to see what the point of all these postings was. Also, here’s the important details from their description.

Further information regarding the legal battle for the Yu-Gi-Oh! license can be found in the sources at the bottom of Cartoon Cypher’s original video post but start here: https://lostmediawiki.com/Yu-Gi-Oh!_Z…)

Posted by ShadowWing Tronix on October 8, 2019 in Animation Spotlight and tagged anime, dub vs. sub.