Who’s To Blame For Reboots? Not Me 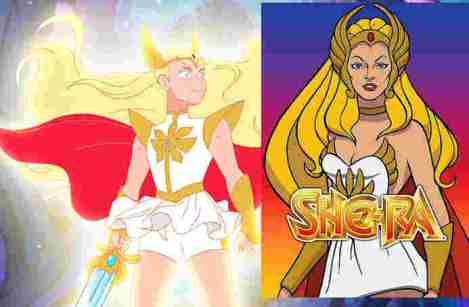 I’m not going to lie to you guys. Today was so nice I didn’t want to post anything. This is going to goof up the plans for today and tomorrow, but I also found a fascinating article on reboots I want to dissect tomorrow. I’m just too relaxed right now to do it.

So instead here’s a video that’s been sitting in the Filler Video playlist waiting for it’s own dissection, though a smaller one. It’s from YouTuber LioConvoy (named after the Maximal/Cybertron leader in Beast Wars II) about reboots and who is to blame for them. Though the video itself mostly talks about negative reactions to modern reboots. It’s still an interesting discussion to have so listen to him and read my thoughts on it.

Can I just say I really like that thumbnail?

The video came out well before ThunderCats Roar and before the conclusion of She-Ra And The Princesses Of Power for context, in October of 2019. A quick thought on Clownfish TV and a few other channels, including one I follow regularly that sometimes does come back to the same topic way too often. There is a reason beyond the fact that people do watch these to hear someone who actually agrees with them or get some proper context on the discussions like new She-Ra, Star Wars, Star Trek, and so on. Because article after article comes out from numerous “shill sites”, websites that are either owned by the show’s parent company (for example CBS owns a few sites that not surprisingly praises new Star Trek while writing off EVERY negative opinion as “hateful” or “racist/sexist”) or are hoping for access to these creators to boost their readership (also referred to equally insultingly as “access media”), or by sites who share some of the more radical sociopolitical views of the creators. For example new She-Ra’s creators and their loyal supporters would put out article after article trashing the original series with false information to the point that voice actress Melendy Britt, who played Adora/She-Ra among other characters, came out and pushed back against the claims. I’ve heard (I have not seen the actual video) that the actor who voiced the new Bow even insisted his was the better version (new She-Ra being “superior” was one of the claims), and the actor who played Bow in the original She-Ra: Princess Of Power had recently passed, which is a slap in the fact to the person who first gave your character a voice.

I think that in addition to the YouTube views the fact that all of these articles came out on every front, and all of these supporters came out on Twitter, especially after all the lesbian representation came out in having Adora and their new furry-fied Catra become a couple (and really I see more support for the couplings than the actual story…what does that tell you?), is another reason they keep making these videos. I do agree that at times it is excessive, but Clownfish doesn’t do reviews. That’s what I’m here for. They discuss current events and comment on articles and conversations in the geek circles, including by people who really don’t care about the properties and just want to use them for their own agendas. That’s their wheelhouse. Mine is to discuss some of these, which I’ve done in the past, but I haven’t discussed new She-Ra in a long time, I did my review of ThunderCats Roar and I may take up that guy’s challenge to watch certain episodes in the future. I however have more discussion topics than commenting on the latest outrage. This includes reviewing older material and newer material to make myself a better storyteller, defend the shows I grew up with against those who intentionally don’t understand them because they came out before the turn of the century or are just seen as fodder for what should be an original property and just wants to latch on to the easy marketing. More on that tomorrow. 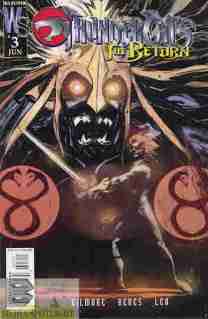 As far as not commenting on the comic side of the reboots, he clearly has never seen this site. While BW Media Spotlight didn’t exist when ThunderCats: The Return came out I did come down against Cheetara the rape toy and (he didn’t mention this part) an older but still underage Wilykit as Mumm-Ra’s concubine. He-Man/ThunderCats I didn’t have a major problem with critically but I wasn’t a fan of the darker tone or some of the other factors in the story. I never really cared for most of WildStorm’s run on the series, including their side of the Battle Of The Planets crossover that showed zero understanding of the characters. When the Cheetara rape story get the voices more accurate than the robo-beastiality segment you know you’ve done something wrong. Correction, you’ve BOTH done something wrong because at no point in human history should I have ever been forced to write that last sentence. As far as 2011 someone got me to discuss how flawed an adaptation it was (and it was) but it at least had the right tone and got a few (but clearly not enough) details. After that reassessment–yeah, I’m taking that off the list of proper reboots. It’s no Masters Of The Universe 2003.

Speaking of the horrible treatment of our friends on Eternia and Etheria I stopped reading He-Man & The Masters Of The Universe just as Adora was introduced as “Despera” and I had already taken issue with the bitch Teela had become, especially her undeserved taunting of Mekaneck and telling Adam they were never friends. You can find those reviews until I quit, so I didn’t even know how Despera became She-Ra in this continuity. That sounds incredibly stupid and undoes what little praise I had for the origin back then! Then again some things require time to think about a story before the negatives sink in and I haven’t thought about that series in a long time and they’ll be on the Clutter For Sale section eventually. I haven’t read the DC 52 crossover but I do know they make Orko turn evil, killed He-Man’s secret identity, tried to give Skeletor a sympathetic backstory (one of the few villains whose unrepentant enjoyment of evil is a feature, not a bug) and killed off characters to be dark and edgy. As far as the Injustice crossover, I’ve ignored anything related to that game on general principle because they lost me at “evil Superman” so I couldn’t honestly comment on it. I even called the IDW version of MASK a decent story but a horrible adaptation and didn’t like what I saw of Jem or the Visionaries. I stopped reading IDW’s take on Transformers because I didn’t like the direction that series was headed and the reboot isn’t calling to me either. I do call this stuff out because I actually read the comics, which many of the commenters LioConvoy is talking about most likely don’t. 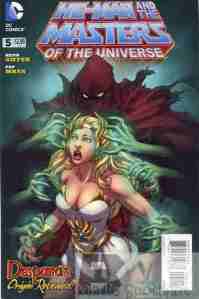 It’s also easy to say “get into the industry and turn the tide of re-imaginings by people who don’t care about the source material” but to do so is rather difficult. This new batch of creators get the first word into the heads of these companies, which is how cancel culture has gotten the power it has. The industry is almost incestuous as it’s all who you know when it comes to getting these gigs. Be friends with (or even sleep with) the right people and you get a job on a title you might not care about but can alter for your own benefit. That’s now new-She-Ra got its showrunner. She knew the right people. Look at Voltron: Legendary Defender. Dreamworks wanted the same monster of the week formula but the creators didn’t really want to work on Voltron. Ron Moore took the basic concept of Battlestar Galactica and did something different. They didn’t turn to me to make a GoBots comic, then went to the guy who made a bizarre GI Joe/Transformers crossover to make Go-Bots. It’s hard to get into comics, especially as a writer since you can’t simply submit an example due to all kinds of rights concerns involving your submission, but an artist is easy. Then you have the people who actively hate the old material or just see it as marketing. They don’t care about a proper reboot or even putting the right people on a project. “You’re successful with A, here’s B for you work on.” I’ve talked about the various mindsets that have led to the current re-imaging not-stalgia and mockstalgia that comes out of Hollywood and comics whenever it’s come up loud enough for me to do so, though I do work to make sure this isn’t my lone topic every day. And a lot of those complainers have no interest in becoming storytellers, but still have a right to demand that stories

So what is it with the reboot, or rather re-imagining culture today among the “official” storytellers? I have an article to dissect tomorrow that will speak more the actual problem.