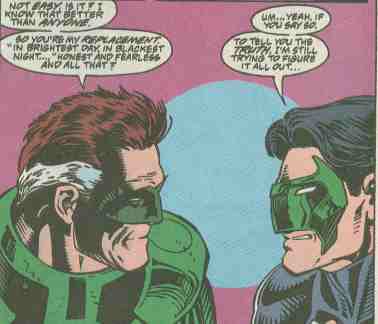 Superheroes in video games are almost as old as video games themselves, like the Superman game for the Atari 2600. For all the games that were made of course a few ended up being canceled. One of them was Ocean’s various attempts to build a video game around Green Lantern, the hero with a power ring that can create solid light constructs limited only by its remaining battery life, the imagination and will of the user, and whatever weird limit they want to add. (The color yellow, one of the two primary colors that makes green, was the ring’s biggest weakness for the longest time. I’m not sure why blue was just fine but none of it was explained until decades later…and it’s debatable how good a reason it is.) Ocean had made games based on DC Comics heroes in the past so this wouldn’t be anything new for them.

However, fate worked against Hal, and later Kyle, getting their own video, though Hal eventually got one based on the theatrical movie. In this episode of Game History Secrets host Liam Robertson goes over the history of the game and how shake ups in both Ocean management and the DC comic universe led to the game being shelved despite being nearly finished at least once among the three attempts.

Catch more episodes at the Did You Know? Gaming YouTube channel.

Here’s a link to the article at Games That Weren’t that goes over the history and has artwork and screenshots from the various versions of the game. I’m not sure how you could properly adapt a weapon that can create a solid light construct of almost anything in a game that can’t by nature utilize every possible weapon and tool at a Green Lantern’s disposal but I give them credit for trying.