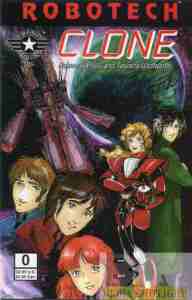 Ok, I’ve got nothing to work with here. Sorry, folks.

“The Dialect Of Duality” part 1

Having escaped Earth for the Andromeda galaxy, the crew of the SDF Mordecai begin the early steps to a rather different mode of colonization and empire building. The new Mordecai mind, the last spleen from the Robotech: Aftermath debut, is the closest Gilles has been to seeing his wife Dumont, who now lives in the fortress’ forest module, which makes her team even question her future as their commander. She ends up bitten by a spider and in a trance goes to the nearby planet where she finds…something.

Yeah, going over this series is going to be difficult in this format. I can’t even pull the stunt I did with Space Ghost #3 last week because none of it is going to feel like a proper addition to the Robotech odyssey. In the back section, which includes profiles the Mordecai and the shock armor used by Dumont’s team, Rikki (I think, though uncredited he is the writer) talks about the split in timelines thanks to the novels and comics at the time not following the same path and considers this yet another post-war aftermath story. Except there are some questions that I brought up in the two part review of their debut story. It just doesn’t have the same tone or style as the usual Robotech stories, though the art and writing themselves aren’t that bad.

Granted the spider bite sending Dumont to that planet (and apparently nobody noticed her leaving and there are no alarms on the door or armor) I only figured out because I’ve read the comic before. The strange complex she found on that planet I assume will be explained next issue. That’s all set-up for the story arc. Outside of Gilles and Dumont however there’s not a lot explained about who these characters are. Even Dumont’s team barely had any mention in the debut story and there is no explanation for what a “spleen” is, and that I still had to guess from having read “The Threadbare Heart”. Then there’s the “manifesto”, and it’s never a good sign when the protagonists are creating a manifesto whatever incorrect meaning we’ve put on the term. 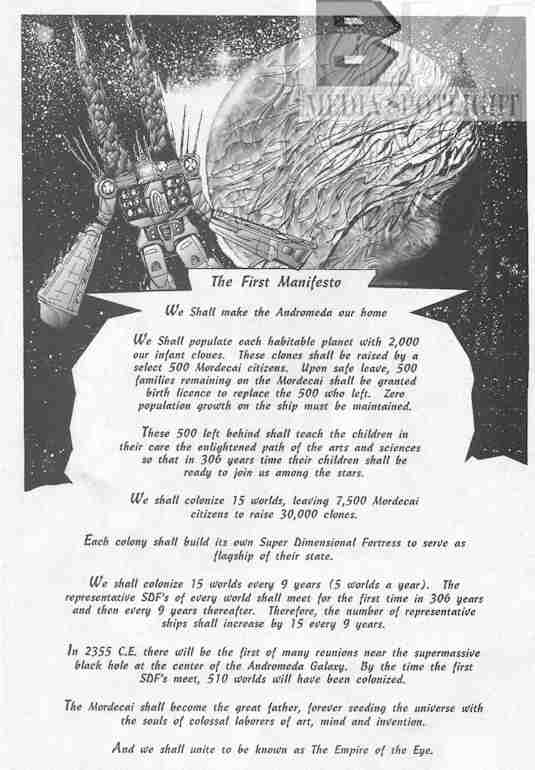 What a cold, sterile way of creating a colonial empire using clones. It’s just kind of creepy to me and these are supposed to be our heroes. Against what you’ll see in future issue reviews. This is where my bias kind of kicks in besides how un-Robotech this feels, to the point that I’m not really including it with the usual Robotech categories, and only using the Robotech tag on a technicality. I do not like these people already and this is only the second tale I’ve seen with them. So far only the three shock troop pilots have any emotion (outside of that rather scary expression I saw on the face of the new Mordecai mind, born of one of Dumont’s remaining “spleen” clones of herself) and I don’t even remember their names because they’re not all that interesting.

For the first book (yeah, yeah, #0 is a dumb way to number your book when it isn’t some flashback special or something) even seeing the three part story in Aftermath isn’t all that helpful when it comes to knowing who these characters are and why we should care about them, and this book doesn’t help. I’m not saying it’s terrible but I’m not saying it’s good. I’m saying I’m rather confused at the moment.