Friday the new re-imagining of Thundercats debuted on Cartoon Network. Usually that work…re-imagining…makes me gag. While still have a few fan-nitpicks, some from a story perspective, and maybe one or two that encompasses both, I will say that I actually rather like it. 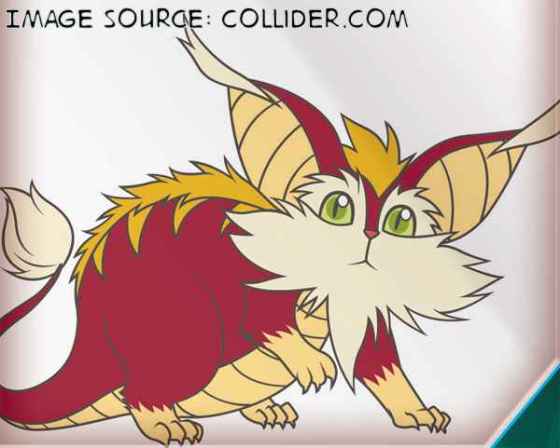 I already had this one, why not use it?

Let’s get the blatant fanboy stuff out of the way. I’ve already said my piece on Snarf. He’s a funny little guy in the new show, but I still say it was done for the wrong reasons. I still don’t like the sci-fi elements removed, the kingdom of Thundera will be easier to recover than the planet (yes, I thought restoring the planet was silly when the old show did it) and the nature of relationships did undergo some changes that I’ll get into in the character breakdowns. I would rather see an updating of the characters than a total makeover, so even though I knew it was coming I was still disappointed.

Then I started watching the show. Again, getting my complaints out of the way, Grune being alive, rather than a reoccurring spirit threat was a let down. Some of the more fantastical elements maybe taken out to form a more serious production. One isn’t better or worse than the other, but it’s still a noticeable style change. Sure, he’s an interesting villain, but Mumm-Ra and the Mutants weren’t the only threat the Thundercats faced on Third Earth, just their most persistent.

Speaking of which, we now only have Slive and the lizards. No Jackleman, no Monkian, and no Vultureman. I was hoping for more competent versions of the Mutants with their natural abilities played up, and we get that with Slive and the lizards, but that lost of variety is, again, a bit disappointing. On the other hand, they did set up an interesting association between the lizards and cats, where at least one lizard claimed that the cats were oppressing them. Lion-O shows one mercy, and comes to be beneficial later on. 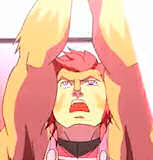 Yes, we get Sight Beyond Sight and the “Thundercats, HOOOOOOO!” both well done by Will Freidle.

So let’s get into the characters themselves, starting with Lion-O. This version I actually prefer. The original was a boy who physically grew up prematurely thanks to a faulty stasis capsule. To be honest I was never sure why they went that route, and it disappeared as a major plot device at some point early in the series. Here we have a young man, possibly late teens, who believes the ancient tales of the Book of Omens, Mumm-Ra, and lost technology. He’s a good-hearted young man but lacks focus. It doesn’t help that his stepbrother is a jerk, his father is disappointed in him, and said stepbrother has the favor of both his father and the people. There are elements that I wish were in the original series, but makes for a fascinating character.

Said stepbrother is Tigra, and I really don’t like him. First is another fanboy nitpick that the original version was scholar and mentor type. Here he’s a jerk who not only thinks he’s better than his stepbrother (how may wives did Claudius have?) but goes out of his way to prove it to Lion-O whenever he can. Sadly, this may be the LAST person Lion-O needs around him in this situation and I’m prepared to be ready to punch this Tigra in the face at least once an episode.

A new generation of puberty victims will be born.

Cheetara is now a cleric who may just be superfast by training rather than being a Flash-type speedster.  I’m kind of neutral on that, so long as she retains her mental powers. All three characters are roughly the same age, so if she does have those powers, her training may not be complete in this area, which could make for an interesting bit of character development. Fans have been speculating and rumors have persisted that there will be a love triangle between Lion-O, Tigra, and Cheetara. I am against this. The only hint we had that Cheetara had any interest in Lion-O in the first series was the first episode when she remarked that he was now quite handsome. However, I think we can all guess why any actual interest would be rather creepy, and no hint of it that I recall ever existed in the series proper.

In this one, however, they’re all young people, and Cheetara has shown some interest in Lion-O. Maybe as a cleric she was assigned to watch over Lion-O during his trips among the people, but she remarked that there was something different about him and her facial expressions seems to indicate…certain positives on that front. I’d be curious to see this develop without Tigra’s interference. Also, Tigra’s a big jerk and needs a huge dose of humility. I really hate that guy.

It’s like he’s begging me to punch him right now.

Wilykat and Wilykit don’t do much outside of showing you they’re here (but they sound like actual kids this time…bonus!), Panthro never really shows up in this show and Claudius had no real character other than being your typical royal father cliché and being excellently voiced by the original Lion-O, so let’s move on.

Finally we get to Mumm-Ra. I’ve read complaints that his current VO doesn’t sound like the original. It didn’t bother me, since this is a new Mumm-Ra and a new Thundercats although I’m hoping that when he finally gets to go into “Everliving” form he has a stronger voice than his “mummy” form. The fact that the two sounded almost alike in the original cartoon only now strikes me as something the VO director should have thought about. It should sound like the same guy, but his more powerful form should sound, you know, more powerful.

My biggest problem with him is his weakness. Sunlight? That’s been done before, mostly with vampires. The original could only be stopped by his own reflection, being shown his own evil. The original series never explained why this is, although one of the few things the Wildstorm comic actually did right (yeah, that shocks me, too) is giving Mumm-Ra an origin story which, if used right, could well explain this and add some depth to the Everliving Source of Evil and his connection to the Ancient Spirits of Evil. Otherwise, I need to see more of him.

Like I said, overall I really enjoyed this version, and I’m very much looking forward to the next episode. Sadly, whenever Cartoon Network debuts a new action show lately (see also Young Justice) we don’t get to see an opening sequence, at least when it debuts as a longer episode like this one hour pilot. I’m hoping we at least get an update of the original theme instead of…that thing they use to open Voltron Force over on Nicktoons. The series is definitely worth checking out and I for one will keep watching.