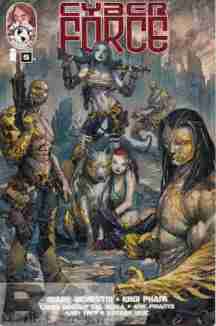 Our heroes make a last ditch effort to stop the Director’s plans as Ripclaw gets his revenge. Someone will die but where will that leave both sides of his war?

What they got right: The first arc wraps with only minor openings for the next series.

What they got wrong: Oh loo, implied rape. Again. The hell, Silvestri?

Other notes: This is the last issue funded by a Kickstarter. All future issues you’ll have to pay for yourself.

Recommendation: This really isn’t my kind of series, but there are some good things here which I’m sure will find an audience and deserve it. Give it a look, because you can’t beat the price, and see for yourself if you may want to buy future issues. It’s just not my thing.