The year is 1726 and the Turtles arrive aboard a pirate ship. These are more noble pirates. They steal but they don’t do the raping, murder, and savagery. They are menaced by ones that do, parked at Burnow Island in service to the Kraken (Krang). Can the Turtles use these pirates to clean up the high seas?

What they got right: Where the second issue was a bit more heavy (and rightfully so considering where and when they were) this is back to a bit more fun with some good action sequences. I also like how Bates’s character models don’t look as much like the Nickelodeon show.

What they got wrong: Renet shows up just to remind us she’s in the comic. That’s been the case in the first two issues as well but it’s more useless here. Also, will the last issue explain this time travel trip? I thought that’s what was coming in the annual but that wasn’t the case. And did every issue (this includes the preview for next issue) have to involve the enemies the Turtles face in their own time anyway?

Recommendation: Even if you don’t get all four issues this is currently the best of the three (this is a four-issue mini) and should at least be given a look. 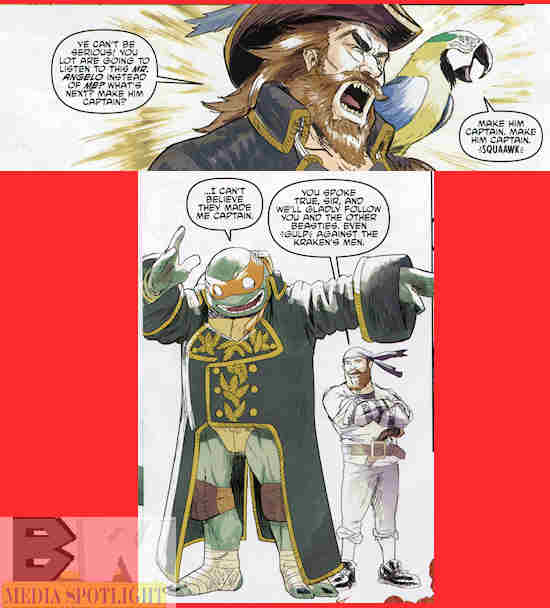 You and your big mouth, former captain.