Sometimes you have to feel sorry for old Screamer. All he wants is a little respect, but his ambition too often bypasses his common sense. And of course Megatron beating on his cerebral cortex housing constantly can’t be doing a lot for him either. Take for example he found Ore-13, the same stuff later used by MASK to operate in the IDW Hasbroverse, as we could call it now. He thought it would give him enough power to take on Megatron. As usual…he’s wrong.

Supercharged by Ore-13, Starscream drops in on Megatron. Fists first. 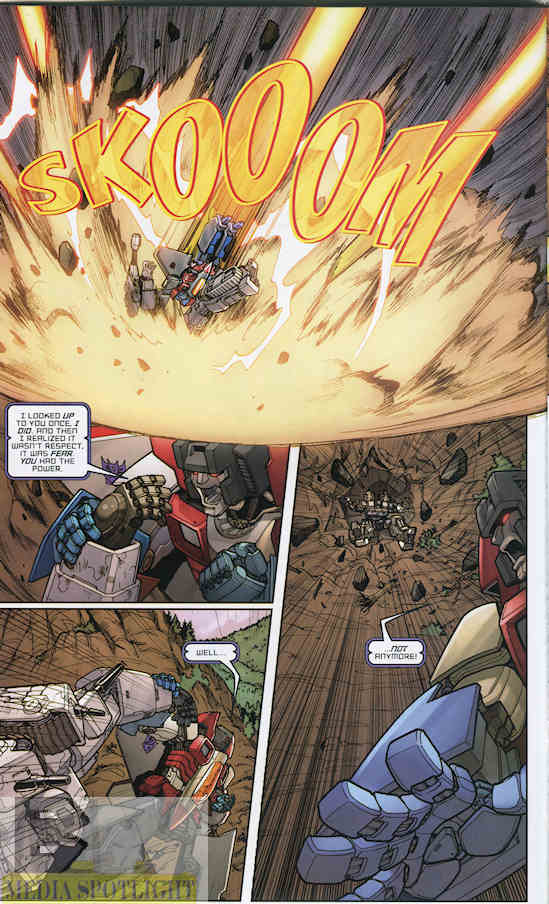 Ore-13 makes Starscream so powerful he can make energy blasts appear out of nowhere because the artist team forgot to add in ghosted arms or some other method to indicate movement. 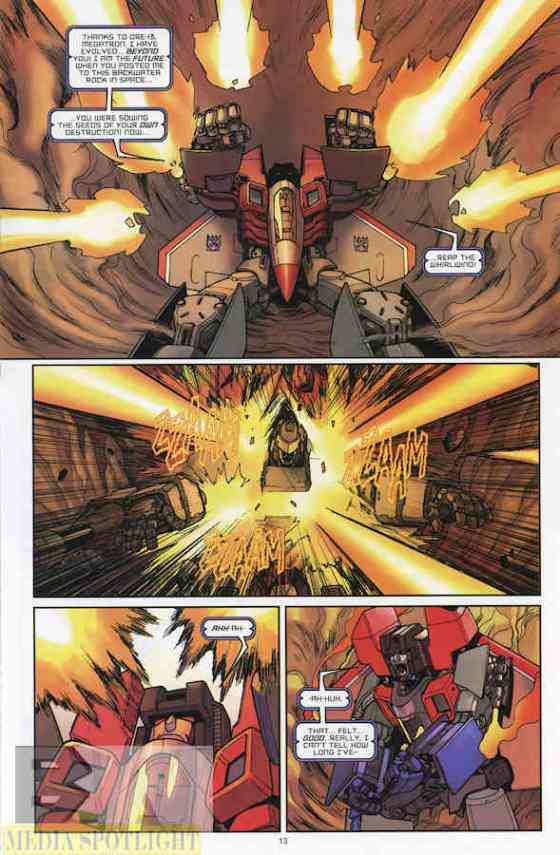 “I haven’t felt this good since I hunted down those fanfic writers who make me gay for no reason.”

But this is Starscream, who has a bad habit of declaring victory before it’s actually happened. “Megatron has fallen! I’m your new…” “Someone get this stupid floorboard fixed already!” 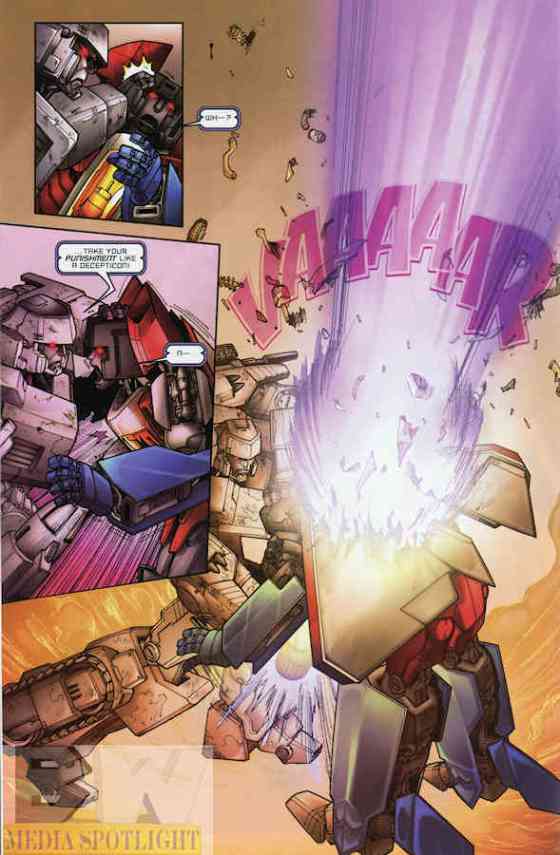 I’m guessing we aren’t using the Beast Wars spark concept, because his would be…running around like a ghost according to canon. Starscream doesn’t die. He just finds a new way to do his job.

Head to Spacebooger.com and vote for your favorite Friday Night Fight! This is the last round of the tournament, with the winners of all 12 rounds heading to the Prize Fight. Keep an eye on Spacebooger.com for the next tournament and join in. We could use the competition. Rules and previous round winners are posted on Tuesdays.