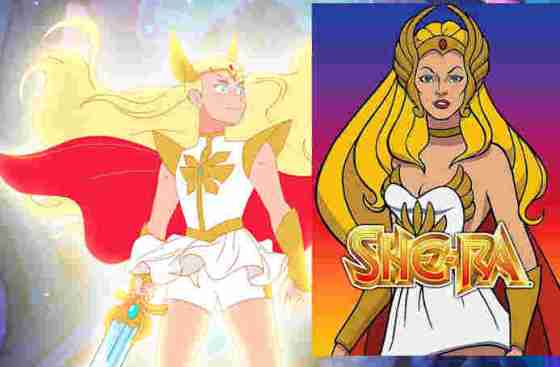 I’m not here to talk about the quality of this or that show. If I mention something in passing it really doesn’t matter when it comes to this topic. And I’ve honestly seen a few variations of this argument used, from “show” to “comic” to “video game”. And it’s one that no matter how it’s being used is very dismissive of children’s entertainment. You know the one.

Whether it refers to an entire medium or a format (like animation) it’s an argument used in the past to limit a production but is now being used to fend off critics…possibly by people who either haven’t seen/read/played it or just likes it for whatever reason and will lay the smackdown on anyone who puts it down. For the sake of my fingers I’ll be sticking with “kids show” as a general reference but if I refer to comics and video games specifically, and I expect to, I will note the difference.

While this “argument” is also used to put very little effort in, thus doing a disservice to kids, saying it doesn’t have to appeal to adults because it’s for kids is also saying they don’t have to put in any effort to be good, which is basically the same insult. Compare cartoons for kids versus cartoons for adults (like Cartoon Network’s “Adult Swim” lineup) and I would say kids shows put more effort into their product than their elder-targeting counterparts. Unless you’re importing from Japan adult toons are more often than not subversive comedies, while kids get action shows (except on Cartoon Network), comedies, and even shows we’d call “slice of life” in anime, from as far back as These Are The Days or Devlin (the latter I saw on reruns on USA’s old Cartoon Express block as a kid and really liked it) to something more recent like Hey Arnold. No, kids shows like My Little Pony: Friendship Is Magic or the Netflix She-Ra & The Princesses Of Power don’t have to entertain adults, but the former does and the latter has plenty of detractors. Why is this the case?

Oh don’t get me wrong. I’m sure My Little Pony has them as well, but it’s mostly people shaking their heads at boys in college watching a show meant for five-year-old girls. Meanwhile, Princesses is getting praised for diversity but scorned for story, characters, and at least one reviewer I saw (who was a woman so don’t bother me with the gender wars stuff) also complained about the quality of the animation. Of course, people do that for the original Filmation show and I still haven’t seen Princesses Of Power myself due to not having Netflix, but I’ve heard the argument just the same. “It’s a show for kids, why do you have to compare it to the old show?” The old show was ALSO meant for kids, coming into existence because the right people realized girls liked He-Man And The Masters Of The Universe because it also had strong female characters. She-Ra was also not only the equal in strength to her brother but had a few extra powers on the side.

Whatever failings the animation had the character models and special effects were good but what really made it stand out was the stories. There was an episode on book burning. While Adam could rest between fighting villains and rescuing people, Adora was dealing with aiding a rebellion against her former masters and protecting the existence of her world’s answer to Castle Grayskull. Compare that to today’s My Little Pony. My reviewer friend Rowdy C recently reviewed the old series and showed that even that show dealt with monsters and other evil forces while today’s show explores the power of friendship while also dealing with a wide array of threats. Even the original Rainbow Brite was on the list of shows I’d watch every week, but I was still boy enough to avoid Strawberry Shortcake and Lady Lovelylocks. So give me credit there. You could also compare WITCH to Winx Club. My point is a good show can go beyond the targeted demographic, whether it’s age or gender, and still find a decent audience. 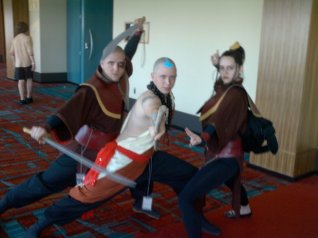 I’ve seen more effort in this show than in martial arts shows for grown-ups.

So getting back on topic, a good kids show can still entertain an adult because it has good stories and characters. Granted, I can watch a show about talking puppies who use bark-activated backpacks to be first responders for the most danger-prone group ever, so take anything I say here for what it’s worth. However, Voltron: Legendary Defender is a kids show that adults like. The same goes for Pokémon or Avatar: The Last Airbender. I could list a ton more shows but the gist of it is these shows entertain anyone with an open enough mind because characters are enjoyable and you want to see them succeed against whatever they’re dealing with, whether it’s trying to find a date for the dance or stop an alien invasion. And why would thirty-year-olds watch a show meant for ten-year-olds?

Quality. That explains it. Kids have different tastes than adults. As a whole (although it varies from child to child just as it does from adult to adult or teen to teen and age group to age group) kids look for different things in stories than other age groups. That isn’t to say that you can phone it in and call it a day. You still need good and varied characters kids can either relate to or at least connect with, to want to see succeed. They know when their being pandered to. I saw a review for a show about Disney princess knockoffs and it’s utter garbage. While I accuse a number of adults of proclaiming “kids can handle it”, referring to more violent content or swearing or whatever, this shows a total lack of respect for kids in the audience. My cousin’s daughter loves Barney the Dinosaur (she’ll ask to watch his movie by saying “I Barney”…so cute) and she would be bored with this fail of a show. One can demand kids TV be decent without demanding it be for adults or be more like The Land Before Time in animation quality or characters. A good show is a good show regardless of demographic but you have to give them something that speaks to them. They may not look for the same thing in their characters but they still want good characters just like us old folks do. Kids shows still are up for criticism as they deserve a quality show and if they aren’t getting it critics have a reason to critique.

The more insulting are…have you heard of “Peter Pan Syndrome“, where the person is accused of not wanting to grow up and be mature? This group is the polar opposite. You know, guys like Bill Maher, who insists superheroes are only for kids. (Which shows how little he pays attention, as outside of Power Rangers and the Disney version of Big Hero Six or The Incredibles that’s barely the case.) Others who think comics are just for kids, which has led comic creators to push kids aside in favor of more “adult” stories to show that they have a right to read them. That’s an article for another day. These people will write off every comic, cartoon, or video game as “just for kids” as a medium and format, as if adults shouldn’t watch it at all. They’re writing off kids entertainment as not being mature because kids stories and games tend to be simpler. Villains are evil because they like to be evil. Heroes have a personality flaw but rarely morally ambiguous. That’s not a sign of immature storywriting. In fact I can think of plenty of “adult” productions that are more immature because they exist only for boobs and gore. When not hampered by parent groups, kids media can’t hide behind that and must come through with something good. Lately we seem to hide everything behind “diversity” but you can have diversity with good characters and stories. Kids shows HAVE done it before, and sometimes are better at it than the stuff their parents watch. 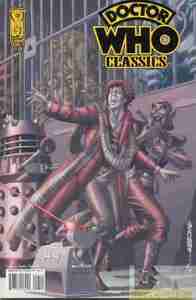 Writing it off as a “kids show” limits how you see it, not what it actually can be.

All this also means it’s not a good argument against complaining about something. Doctor Who hasn’t been a kids property since the novels and TV movie went in a more mature direction. (You know, things like sex and more violent deaths than even old Who had.) The only kids products tied to this franchise now are The Sarah Jane Adventures and K-9, both ended for different reasons. To shrug off complaints about Chris Chibnall’s writing or the lack of character in the characters as “but it’s a kids show” is to insult kids shows, and by using “kids show” as a backhanded insult is to denigrate the franchise. A franchise that has kept it’s audience from childhood to adulthood even before the “wilderness years” novels, TV Movie, and new Who really stopped targeting kids. So it’s not even a correct insult. Fans of classic She-Ra gained the right to compare and complain when they made a new She-Ra. They know what they grew up with, knew that He-Man was able to make a good update, and decide that his sister was not as good, just giving kids a lesser show than they grew up with. That’s not old men and women wearing their nostalgia glasses if they can compare it to a more recent kids show and find the re-imagining of an old one lacking in comparison.

I apologize for the following run-on sentence but it has a good point. To write something off as “just for kids” is insulting not to the older fans but to the writers who try to craft good stories, the artists and animators who work to make those stories as visually appealing as time and budget allow, the actors (voice and on-camera) who put effort into their performances on the same level as any “grown-up” show (and sometimes more effort), and to people who can find a good story in anything. A good story is where you find it. A good kids show doesn’t have to appeal to the same audience as Game Of Thrones but it does have to serve its audience. That is never an excuse for poor quality and should not be written off as not being as good as the adult stuff…especially in cases when it’s actually better because more effort and love was put into it. Creators and performers of kids shows put just as much heart into what they do as any good grown-up show and while some different things are called upon kids shows versus adult shows to write off cartoons, comics, and video games for kids simply because they may appeal to kids more is to insult hard-working people just to be…

Admittedly I never get tired of that ad. This is the mythology we first expose our kids to. Don’t they at least deserve something as good as the shows we grew up with?

Posted by ShadowWing Tronix on November 27, 2018 in Television Spotlight and tagged commentary, Doctor Who, kids show, My Little Pony, She-Ra.