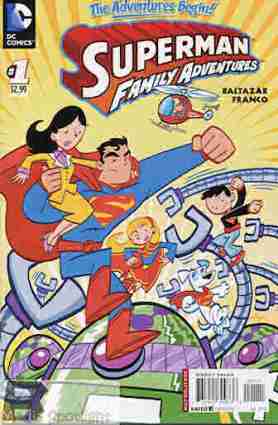 Superman (and Lois Lane, people forget that) was created in the 1930s and when something goes that long the lore, as well as the external history, can get a bit confusing. That isn’t helped with DC constantly doing soft and hard reboots every time they screw things up too much. Who Superman is, who his supporting cast is, and even what his powers and abilities are, have varied over the years.

Ewan from What Culture? takes a look at 10 questions about Superman’s external history people find confusing. How many Supergirls are there? What about Superboys? He tries to answer those questions and the Clark Kent glasses. Because I will not stop showing videos and writing articles defending the glasses until that stupid debate ends! I even brought in a tag-team partner for that one. Here’s the videos.

I should note that this is an older video, presumably still using Kon-El but not yet introducing Jonathan Kent before Brian Michael Bendis ruined the kid.  While I’ve discussed the glasses thing before (interesting to see Henry Cavill prove it without the glasses) I could have sworn I posted a video by Scott Niswander of NerdSync defending the glasses. Since I can’t find it at the moment here it is again. It’s even older than the one above.

About that story where Superman hypnotizes people with his glasses, I’ve reviewed that comic. Also note how many real world people can’t believe someone with Superman’s powers would walk as a normal man because they haven’t read my favorite Superman/Clark Kent story. The glasses work for good reasons. Please accept this because the joke’s getting old, cynics. It’s getting old.