My Concerns With Masters Of The Universe: Revelation

Power-Con is the annual convention for fans of He-Man of She-Ra, where those who celebrate the adventures on Eternia and Etheria (and to a lesser extent Primus and the Tri-Solar Galaxy) come together to discuss one of their favorite franchises. It is here (unlike CBS, who announced new Star Trek productions at Comic-Con rather than the Star Trek fan convention a week later) where Netflix announced they’re making a brand-new Masters Of The Universe animated series. 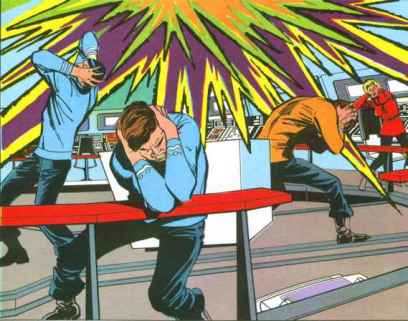 I know, the not-stalgia is flowing like crazy lately, but it’s not tied to the Netflix She-Ra show at all. 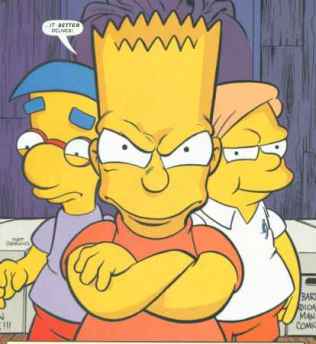 Still not convinced. What if I told you Kevin Smith was behind it?

But it’s officially backed by Mattel’s new Mattel Studios and being produced by a popular animation studio that made a very beloved Netflix show.

You know, the Castlevania cartoon.

Okay, enough with this bit, let’s get into the pluses and minuses here. I have nothing against Kevin Smith or Powerhouse Animation but I’m not sure they’re the right choices here. When I think of a kids science fantasy series they’re not MY first choice. That’s not a statement about their quality but whether they’re interested in kids production. Then you hear what Masters Of The Universe: Revelation is about and a few more questions have to come to mind.

Is He-man the main character or is he now a side character? pic.twitter.com/XAIfO28gCa

Featuring fan-favorites He-Man, Orko, Cringer and Man-At-Arms, the story pits our heroic warriors and guardians of Castle Grayskull against Skeletor, Evil-Lyn, Beast Man and the vile legions of Snake Mountain!

Okay, that’s what you want, but I’m not sure setting this in the original cartoon universe is going to be positive. That would require someone familiar with Filmation’s style, not people who like to GrimDark everything they come across, which is one of the two extremes we get. The other is to make everything silly, like the current show featuring He-Man’s sister. (Although I guess she isn’t anymore because men suck or something.)

But after a ferocious final battle forever fractures Eternia, it’s up to Teela to solve the mystery of the missing Sword of Power in a race against time to prevent the end of the Universe! Her journey will uncover the secrets of Grayskull at last. This is the epic He-Man and the Masters of the Universe saga fans have waited 35 years to see!

See what I mean? I’m also not sure, even given Smith’s promise not to do the show in his usual style (Kevin Smith is only the showrunner, but they have a lot of influence on the direction of a show), that these are the people I want to decide what Grayskull’s secrets are. I kind of like that it’s vague, but DC has had two recent universes that had their own revelation on this subject and I wasn’t much into either of those. Some secrets are just more interesting when they’re secret.

“I’m Eternia-ly grateful to Mattel TV and Netflix for entrusting me with not only the secrets of Grayskull, but also their entire Universe. In ‘Revelation,’ we pick up right where the classic era left off to tell an epic tale of what may be the final battle between He-Man and Skeletor! Brought to life with the most metal character designs Powerhouse Animation can contain in the frame, this is the Masters of the Universe story you always wanted to see as a kid!”

But is it going to be a kids show that adults can enjoy, or something “all-ages”, or something for grown-ups? I’ve seen too many kids shows turned into adult shows lately. Do it the other way around and watch people flip out, but age up something designed to entertain kids and it’s suddenly “better”. “Kids have too much stuff already.” If he really is keeping the usual Kevin Smith “comedy” out of here, fine. I know he hasn’t always used it in his comics. Instead we get things like Black Cat being added to list of superheroines (except when she’s a villain because Marvel can’t decide) that are also rape or sexual assault victims. Kevin Smith doesn’t really do “kids stuff”. As far as Powerhouse Animation, I’m not sure they can figure it out either. Here’s a sample of their most popular work right now.

You know how I talk about quality of work versus quality of adaptation? Here’s what I mean. I don’t really know the Castlevania game franchise but I’ve heard the series is accurate enough. That doesn’t mean it will be the same for Masters Of The Universe. Castlevania may be their jam and He-Man less so. I supposed if they follow the example of the 2000s series we might have something there and maybe they can. I’m just still worried this is going to be for adult fans and not the next generation of fans.

But then you have the plot information we have thus far. The Filmation series, the one they’re supposedly going with, doesn’t have any loose ends because it was a story-of-the-week series. It wasn’t an ongoing storyline of shorter stories like the 2000s series, which by the way had a number of loose ends. When we left the show the Snake Men were still invading, Hordak was teased, and there was a sub-plot hinting that Fisto, Man-At-Arms’ brother in that continuity, might be Teela’s missing birth father. Of course there is that big revelation about the plot, the show is going to follow Teela and not He-Man! Look, Teela is a badass. She was in the minicomics (they called her a “warrior goddess”), she was in all three cartoons (she cameoed in one episode of The New Adventures Of He-Man), but the franchise is supposed to center around He-Man, with or without Prince Adam. Why is Teela going on this mission rather than a de-powered Adam hunting for his own sword and learning more about his history and the powers he both calls upon and protects?

Okay, so if Smith is only the showrunner, which means he’s coming up with the story itself even if he isn’t writing the episodes then who is?

Kevin Smith will also be writing on the series along with Eric Carrasco (Supergirl), Tim Sheridan (Reign of the Superman), Diya Mishra (Magic: The Gathering) and Marc Bernardin (Alphas). The series will be produced by Mattel Television and also has Rob David, vice president of Mattel TV and author of He-Man: the Eternity War, on board as executive producer.

And look at that, not a single kids show writer in the bunch. Also, Smith IS writing on the show. As for Rob David, he wrote the story for Dan Abnett’s He-Man: The Eternity War, part of DC’s darker and more violent re-imagining of the He-Man/She-Ra cast and universe. I went to one of those not-quite-legal sites and read a few issues just to make an honest assessment and I’m really not happy with this at all. I’m ready to believe this won’t be kid-friendly, will be a dark and gritty take on a cartoon that was made with kids in mind and based on a kids toyline, and will most definitely NOT be the He-Man I’ve always wanted to see. If we even see He-Man in Teela’s journey.

So no, I am not excited. It may not be not-stalgia and it might not be mockstalgia, but this will be a darker take on a lighter continuity in the franchise and continuing to shove the original target audience aside. If a parent wants to share their love of He-Man with their kids they’re going to have to convince them to watch something old like the three previous cartoons in the franchise or the older comics. Once again He-Man will not be loved by the next generation and yet another series has the potential to end with an age group. I mean, I hope I’m wrong but given what I’ve seen lately from the entertainment industry the evidence is overwhelming.

Maybe I’ll make this a new category, one showcasing the darkening of a nostalgic property? What do you think of “darkstalgia” or “grimstalgia”? I think that fits this new take and what DC put out recently too. Besides, what I really want to know is how Kevin Smith is going to work Batman into a franchise where bat themed characters have been the bad guys?