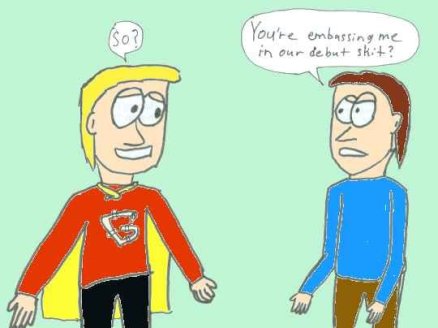 It started as me goofing around with a different art style. From there I was having trouble with coming up with new openings for the then weekly review of my latest comic haul, and Jake & Leon just stuck around until it ended up with the Sunday spot all to itself. Saturday will be the 10th year anniversary. 10 years. I think that’s the longest I’ve spent on any single comic project. TDA’s Galactic Adventures was only a few years, but as that was a “comic book” I did in a notebook for fun (I discussed it in an Art Soundoff), I’m not sure who had more pages. This was only the second comic I tried to put online. Tales From The Spriteverse is a failed sprite comic that didn’t last very long for various reasons. The only project that’s lasted longer is BW Media Spotlight itself.

Now as we head into the tenth year of my comic it’s time for my usual look back at all of the comics I made this year and choose my favorites, the ones that stand out most to me for various reasons. I’m not sure how many people actually care so this may just be self-indulgent but it does give me an idea of how far I’ve come. (Certainly better than strip #0 up there.) From October 26 2018 through last Sunday’s comic here are what I consider the best comics I made this year. 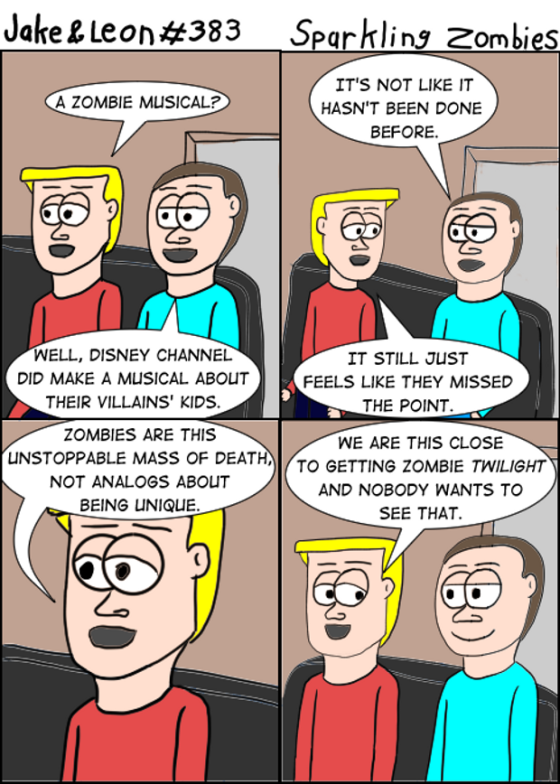 Then again I had a vegan zombie in one of my sprite comics and don’t like zombie stories anyway, so I’m probably not one to talk.

Then Nate Winchester informed me there actually was a zombie Twilight and I became sad. 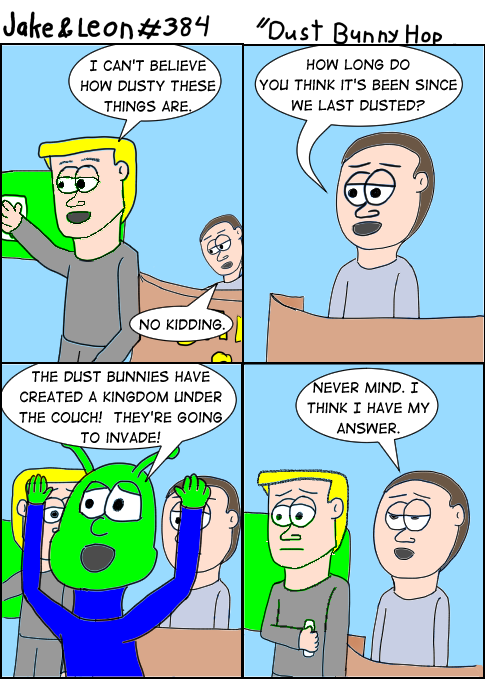 Maybe they need to call in a cleaning crew. Or an exterminator.

It’s rare that I think one of my jokes was potentially funny. Whether it actually is or not is kind of your call. 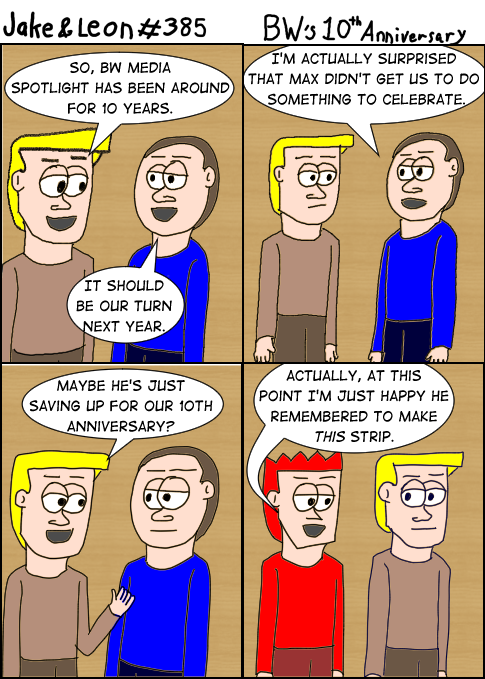 In fact I almost forgot to make it.

SPOILERS: I didn’t save anything special for the comic’s 10th year post either. I’m terrible at milestones. 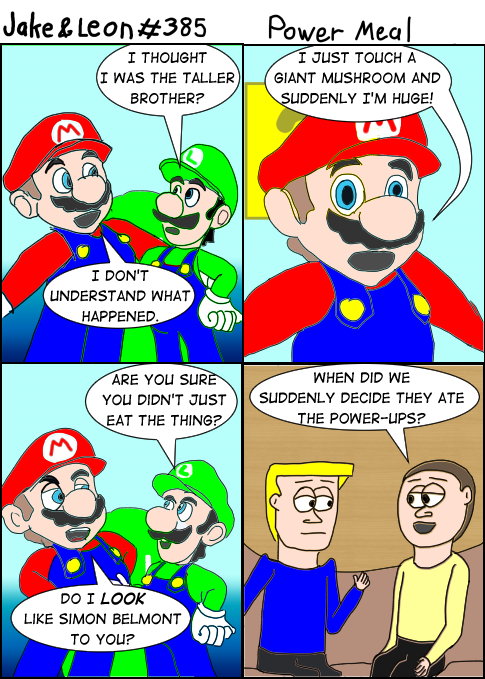 Does this mean he also eats stars, Tanookis, flowers, cats….

Yes this was mostly traced for time but I still put more effort into it than Greg Land. 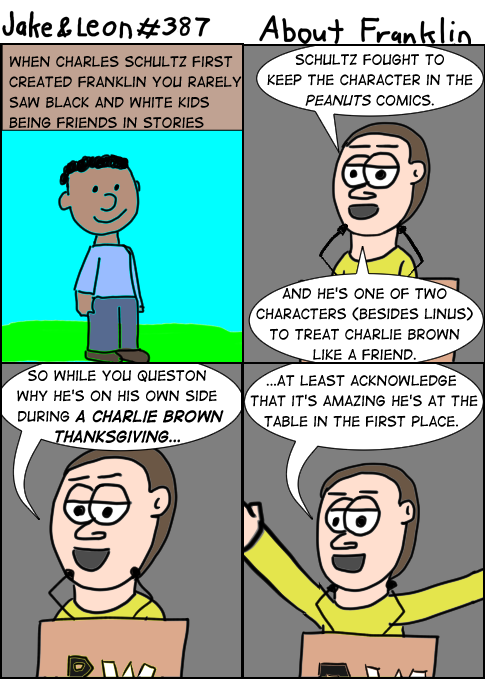 Seriously, Linus and Franklin are the only two people I would trust to have Charlie Brown’s back, and one of them is on the opposing baseball team. He’s also the “straight man” and probably the most sane character. Which is tough sitting near Peppermint Patty in school.

This however was not traced, which I’m sure you can tell. Franklin being at the table at all in a 1963 cartoon about usually white characters is still an achievement. Charles Schultz had to fight just to get him in the comic. It’s called progress. Being upset that yesterday isn’t as enlightened as today is kind of dumb. We changed the future! Embrace that! You don’t have to be evil to be wrong! 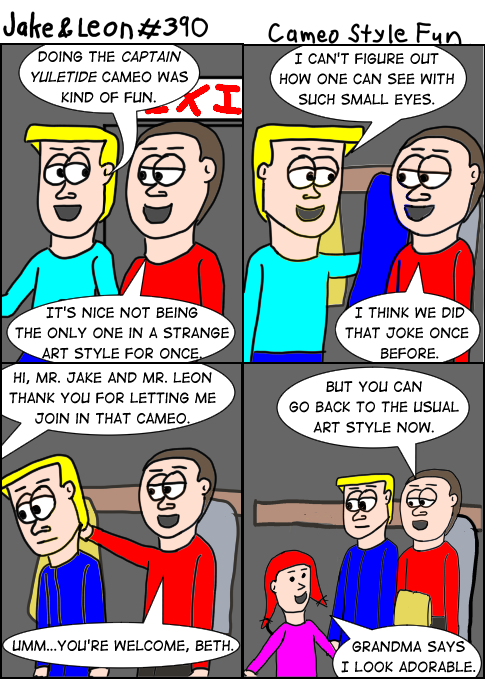 Did you spot the cameo?

I needed people running in Captain Yuletide #5 and since I didn’t have time to design some I just used Jake, Leon, and Beth. Considering Bryce has cameoed in this comic it was a returning of the favor. 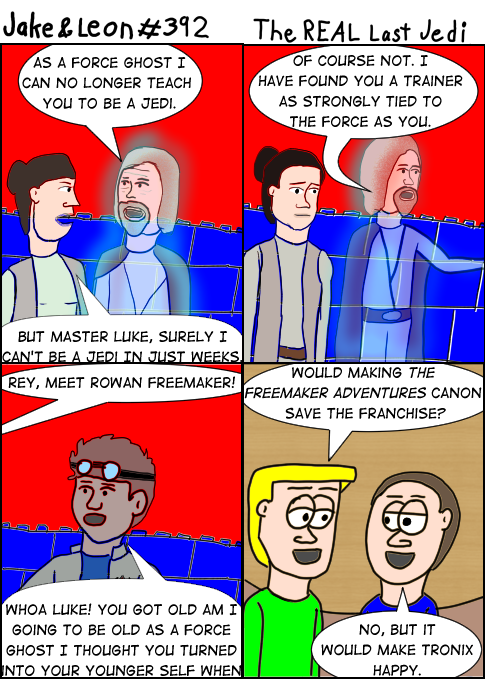 Lego Star Wars: The Freemaker Adventures is part of my head canon.

Sadly the trailers have no indication that Rowan Freemaker will appear in Rise Of The Skywalker and that’s why it will bomb. 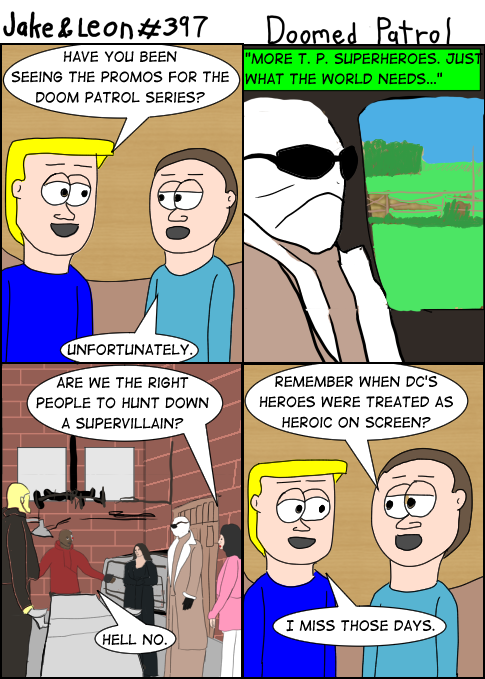 Maybe the show is good, but the trailer isn’t impressing me.

It looks like I traced panels two and three from the trailer but I just used them as roughs. I drew all this myself (except for the brick texture) and I had to guess about anything off-screen, like the characters’ legs and whatever that was over Cyborg’s head. 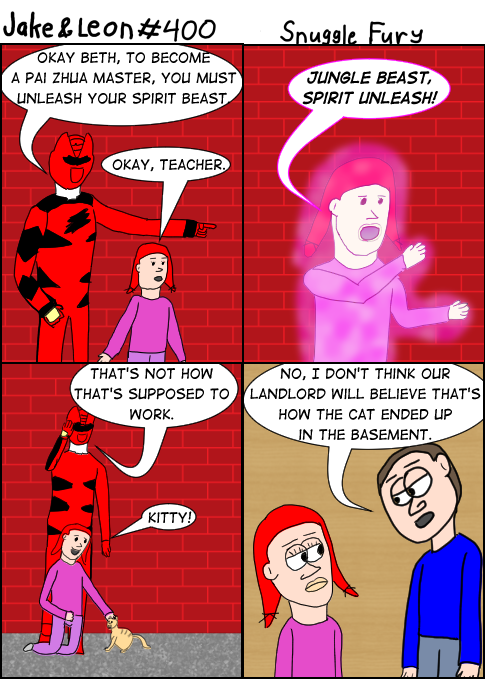 I realized I’m way behind on my Power Ranger parodies. I’m making up for lost time.

I never use the cast in parodies involving other art styles but I got to draw Beth in the same Captain Yuletide style so why not? I also like how the glowing effect came out. I tried to match the show’s spirit unleashing effect as best I could. 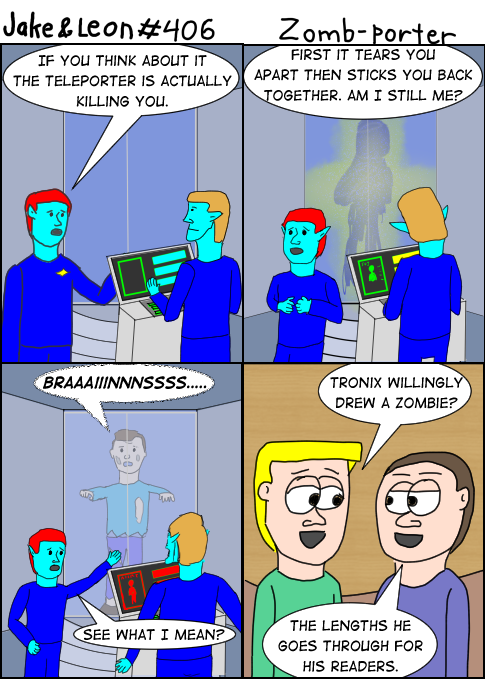 I know it’s been done to death but how many bring up an actual zombie? Plus I put effort into the transporter control display that you can’t fully see but I think makes the visuals work better. For example, in panel three there’s an actual alert in the text. 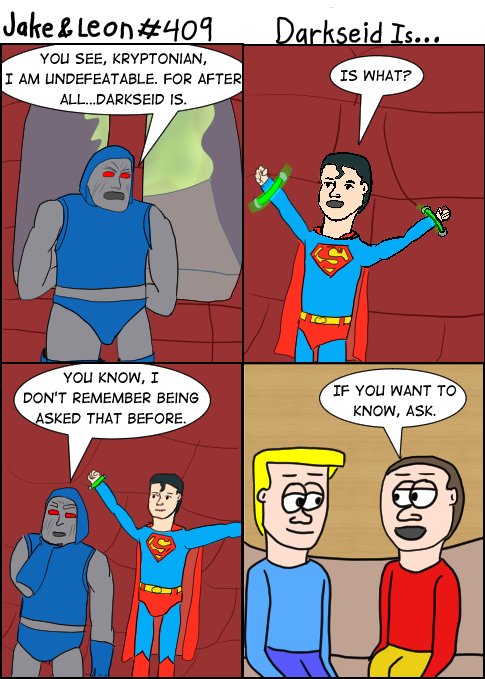 I don’t really follow memes but I hope there’s a lot of “Darkseid is (silly comment)” memes out there. 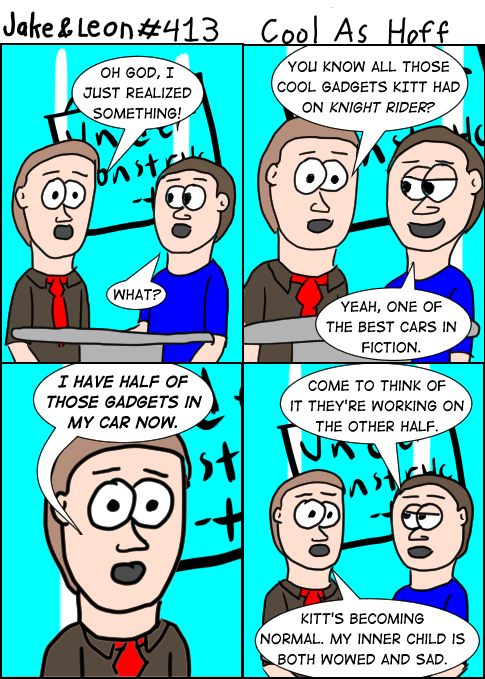 When awesomeness is normalized, what is awesome?

You know it’s true. Also, this is when I was actually committing myself to making a dedicated set piece for the break room after years of forgetting what it looked like each time I went back in there. More on that in our next comic. 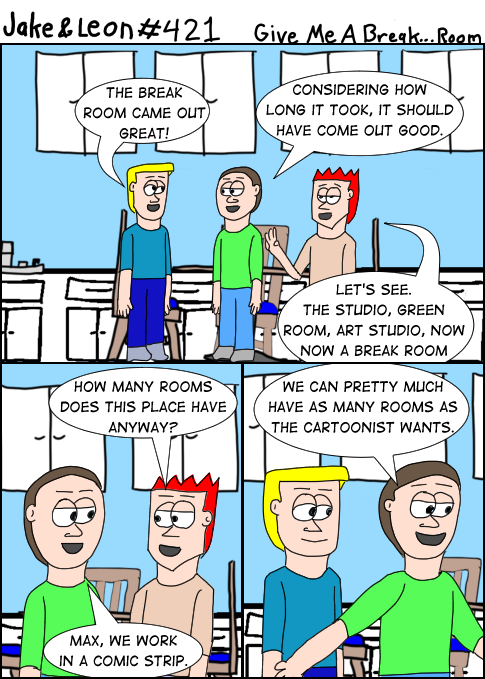 There’s also a bathroom and the place they park Fizzbin’s ship, but we’ve never been to those rooms. Inside anyway.

I could have tried to make the lines all straight but given how the art often comes out in this comic it would have actually looked bad compared to it.

I had a few others that almost made the list. I think this was one of my better years for ideas. And Sunday begins the 10th year of this comic. I feel like I’ve accomplished something. Maybe not something worthwhile but I call this year a success for Jake & Leon. I wonder what year 10 will be like?