Art Of Storytelling: Theater (or Theatre if you’re one of those)

All the world’s a stage, and all the men and women merely players: they have their exits and their entrances; and one man in his time plays many parts, his acts being seven ages.

PBS.org has a history of theater if you want to check that out. The site needs major updating though. Not in info but in design. I wasn’t around in 4th century BC so I can’t comment on plays from back then. (I was busy not existing; lazy, I know.) The modern stage play I can comment on, though I have seen relatively few in person, and two of those were school field trips. As far as making them I had bit parts in elementary and middle school plus did a little behind the scenes in high school drama class. (Actually I stood around looking for something I could do and was otherwise useless, but that’s besides the point.) So if I’m not expert enough for you I can’t do anything about it. I’m just a person who studies storytelling. I haven’t talked much about theater and I’ll get into why as we go on, so this is a different subject for me to discuss.

As far as musicals go, they deserve their own section and I’ll probably lump in stage musicals with movie and TV musicals because their process has some similarities, with differences better suited for this installment. Just know that a lot of what I say here also works for musicals, and to an extent opera, which I might cover but honestly I know less about opera than I do most of the rest of these topics since I just can’t get into it, except maybe rock opera. For the purposes of this discussion “comedy” and “drama” also work the same way as far as the storytelling method, but comedy will be broken down into smaller sections. This is just an overview of the theatrical experience for both storytellers and the audience.

I think we all know what a play is, right? I don’t have to dwell too much on that? A bunch of people on a stage, rooms with only three walls (this is where the term “fourth wall” comes from, meaning the audience), often uncomfortable fold-down seats, intermissions, and varying degrees of audience interaction. Since I’ve been to so few plays I can safely say they were all good, though Our Town is frankly kind of depressing. No afterlife, just your soul standing around in a graveyard as your emotions slowly drain away to the point a Vulcan would tell you to lighten the heck up.

And before you ask here are the plays I’ve been to that I remember. 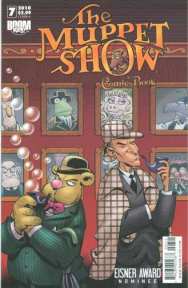 Trying to review one is rather difficult on a website with national and sometimes international audiences (just in today’s stats I’ve got visitors from Vietnam and Singapore among other places–not sure how many of them are on a VPN though) since the theater is a more intimate gathering (those of you who have been to a production of Cabaret that’s not what I mean), which is both a strength and a weakness. Some plays are interactive with their audiences, as on occasion performers will break the fourth wall (again, where the term comes from) and talk directly to the audience. Some like the aforementioned Cabaret actually goes into the audience for one reason or another. This can not be replicated in a TV or theatrical showing of a play, and the viewer is restricted to what the camera is showing rather than deciding for yourself what part of the stage you want to pay attention to. Other plays don’t interact with the audience but do still offer the audience a closer feeling of being right there, watching through an invisible wall, as the characters live their lives (or die in some cases). It bring a different emotional connection than watching people on screen that don’t feel like we’re there at the time nearly as well.

Theater has created a number of terms and expressions we use in other media. Stage right/left/center, fourth wall, backstage, and others started in the pre-movie theater. Radio dramas and early voice actors started on the stage, and it’s also a starting point for movie and TV actors.

However, the stage is as much a potential weakness as it is a strength. The actors need to always be at a high enough volume in order for the people in the back to be able to hear them. With wireless microphones in both headset and lavaliere forms this has become a lot easier. Virtual backgrounds for sets also attempt to make scene transitions quicker. Every time a play moves to a new room the set designers have to get creative with ways to do it fast enough to not let the audience fall too far out of the immersion but still create sets that look as real as the budget allows. Even with those virtual backgrounds you still have to worry about all the props and other set pieces the actors need to interact with. These factors also need to be considered at the writing stage as you need to make it easier on the set designers and stage hands, plus if you need a character to whisper or have a thought in their head only the audience hears make sure it can be pulled off for the folks in the back. Finally, if you are going to have the characters interact with the audience directly or indirectly you have to make sure it makes sense to the story. In Cabaret it only happened during in-world, on-stage performances. The Nazis didn’t come out to arrest the audience, which might work in a comedy–one way to shove people out for intermission anyway–but in a drama it could break the experience. You already have to hold people’s attention so they forget that in reality there is only one wall, two exits, and the “wall” they’re looking through.

Plus your actors and actresses are saying and singing the same thing over and over, and have to change as little as possible so everyone who goes has the same experience. You have to be able to roll with any disasters that come up because a line was done wrong or something happened to a prop because this is very much live. So you also need to be able to do improv, (which improv will also get its own section), deliver the same lines for months or years with the same enthusiasm as the character should have, and hope your stand-in doesn’t make you look bad and take over. There has to be some of stress involved but if you’re doing it you think it’s worth it and love doing it.

Plays are fun but it’s tougher to go out in today’s world. However, I do recommend the experience provided you aren’t going to a train wreck like Spider-Man: Turn Off The Dark (there’s another flaw–using effects in a superhero, sci-fi, or fantasy play). Even the plays I didn’t like I at least thought was well done, so it was just personal taste. The theater is a unique storytelling experience and one of the oldest. It’s stood up to time for a reason, and it’s influence can be seen in every visual media out there, so catch a play sometime. You might enjoy it.