Could Spider-Man’s Black Costume Have Debuted On The TV Show? 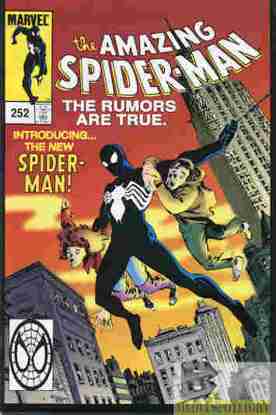 The black costume is my favorite Spidey costume…when it isn’t a brain-eating symbiote. In the past we saw that the black costume eventually grew on people but it was too late to save it. It just makes him look more spider-like, and if Spidey by nature is part ninja then it’s an even better choice (by cultural standards anyway). Unfortunately it will always be tied to the aforementioned symbiote.

But before that kid sent in black costume concept we could have had a black costumed wall-crawler on the 70s Spider-Man live-action series. No, not the Japanese show with the giant leopard robot–because Japan. I’m referring to the CBS series with Nicholas Hammond as Peter Parker that is underrated while the pilot does get most of Peter’s lore wrong…which didn’t stop Spider-Man: Homecoming from being a success. Hero Journalism, while interviewing John Romita Sr., gets a look at how the makers of the TV show tried to change even more, including Spidey’s classic red and blue duds, because of course they know better than those silly comic makers that created him. Yeah, that didn’t start with Todd Philips.

It’s hard for me to argue that this was a good Spider-Man show because honestly it wasn’t. None of Spidey’s enemies were in it, Aunt May disappeared after the pilot and while the J. Jonah Jameson they got for the series (not so much the pilot) was almost there even Peter lacked his usual style while Spidey rarely if ever gave one of his famous quips. As a 70s superhero show however I thought it worked rather well, which is why I keep mentioning there’s a difference between the quality of the story and quality of adaptation. It was still closer than The Incredible Hulk and everyone seems to love that show.

I’m glad they didn’t change the costume, except they kind of did. The web shooters and web cartridge belt Spider-Man also stores his tracking devices on were moved outside the costume after the pilot for some reason. (I guess they thought live-action TV audiences were dumber than comic readers or kids and wouldn’t know he had such devices on him unless they saw them every time Spidey was on screen.) The costume itself was this weird one-piece Hammond or his stunt double would basically have to climb into like one of those morph suit Halloween costumes, which must have been a pain if the stuntman or actor had to pee. I like the show for what it is but the creators made a lot of weird decisions.