Tokusatsu Streaming In The US 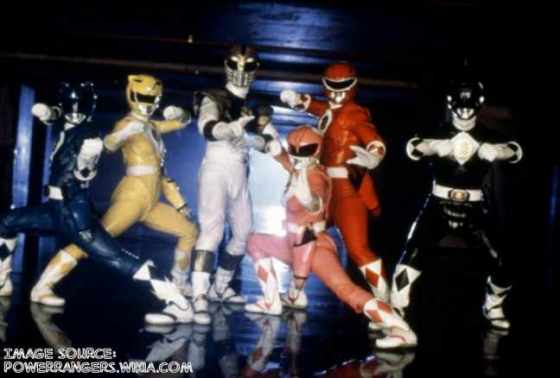 I decided to wait a week on Power Rangers Dino Fury because we haven’t seen how the monster of the week part is going to come out. I’m not sure when the next two Rangers are supposed to be introduced. It could be the next episode or it could wait a while, like Ninja Storm did. So stay tuned for that.

However, it does give me a chance to talk about the heroes that inspired it. Ever since the internet gave us the ability to see what the shows that were turned into various Power Ranger series were like the “sentai” and other works of tokusatsu have gained a similar fan following to early anime. For those you who missed my primer years ago, and I’ve learned a few things since then, tokusatsu usually refers to any Japanese show that uses a lot of special effects. It can be, as I’m learning, as varied as Iron Man, Pacific Rim, and Bewitched, and I’m not even joking. It just needs to use special effects, but for the obvious reasons we focus on the superheroes and giant monsters like Ultraman, Power Rangers, and Godzilla. Whatever the case the fan following here in the United States and other parts of the world are gaining speed.

I can only speak for the US as this is the country I live in, so many of these options may not work for you, but there are places to LEGALLY stream these kinds of shows. I’ve brought them up individually in the past but tonight I’ll give you all the ones I currently know of. If you like some of the shows that have been popping up on Saturday Night Showcase these past few weeks or are already aware of the various franchises here’s where you can see Japanese live-action superheroes for yourself without the guilt of fansubs. 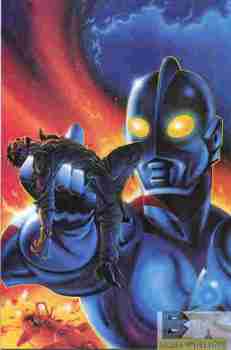 Most of this list will be pointing towards official YouTube channels but this is an ad-sponsored streaming service by home video publisher Shout Factory. The site also goes to non-Japanese shows, including other science fiction works, though it doesn’t have the full library of what’s available on home video. Come to think of it, some of these shows are themselves not available on home video. For example Shout Factory doesn’t release the Kamen Rider franchise on home video but it does have the Super Sentai, tying in with their Power Rangers releases. They also have numerous Ultraman shows, but if you want them on home video you have to visit Mill Creek Entertainment‘s site. Who also has them up for rent on Moviespree and Amazon Prime but doesn’t show them on their YouTube channel like Shout Factory does with their TokuSHOUTsu channel, which only has the first episode of random shows and it’s the same shows on Shout Factory TV, plus the TokuSHOUTsu channel on Pluto TV and Shout Factory’s channel on Tubi, another ad-sponsored streaming service…and this is not the last time things get confusing. 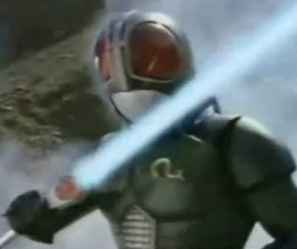 Toei decided to get into the game with their official YouTube channel and thanks to the closed captions doubling as subtitles we non-Japanese speakers can watch it. Since for some reason YouTube dropped the ability for fans to submit captions (with the channel host’s approval mind you) they have to do it themselves, and it’s starting to improve since the channel’s initial launch. What hasn’t improved is the upload schedule. You get one or two episodes, a big break, and then maybe the next two in a month. They also upload numerous shows, and sometimes put sequel series before the previous series. On the other hand this is where I learned “tokusatsu” didn’t just require monsters, robots, battlesuits, and superhero battles. The channel includes magical girl shows, some shows about robots living with kids or something, ninjas, police shows where the cops wear armor (imagine that on an American cop show…I might watch some of those) that take place in the future, and for some reason a few giant robot anime shows which I’m pretty sure aren’t tokusatsu. I’d be all in favor of Toei doing the same with their animated projects though. So if TokuSHOUTsu doesn’t have it maybe you can watch it there. They also have a few Kamen Rider shows that TokuSHOUTsu (don’t yell at me, that’s how they write it) doesn’t and a few they do, only not currently as complete. So there’s an option.

Sadly this one isn’t available to me. On my cable service it’s a higher tier than we otherwise need and the paid streaming option isn’t worth it for me. Besides, the channel isn’t strictly tokusatsu. Anime, movies from China, and other things are also promoted on their YouTube promotional channel and their website. Still, I’m listing all US options I know of and this is one.

Last on my list (and I’m running out of text wall break images so that’s good for me) is Tsuburaya’s official Ultraman channel. This one isn’t as reliable as the official Toei channel, and that’s already an issue even though they’re improving. Some shows may only last a short time, like Gridman, a lot of stuff comes without subtitles, but then you have shows that are still there and have caption subtitles, original productions like the “Ultra Galaxy Fight” series that has both a Japanese and English dub version (using the same English subtitles, which you still need on the English version for the theme songs), the last one of which actually had the original English actor for Ultraman Powered‘s human partner voicing his Ultra counterpart, and interviews and trailers that may or may not have subtitles. Overall it’s a great channel to watch legal Ultraman not yet available through Shout Factory/Mill Creek.

Again, these are the ones I know that are airing Japanese tokusatsu as of this writing. If you haven’t experience Japanese superhero shows before now is a good time to check them out, and if you have now you can do so for these productions without illegal fansubs. Hopefully more of this will come out in the future and the current offerings will be easier to utilize but for right now take some time to see what the heroes on the other side of the Pacific are up to.