Is Dawn Of The DCU A New Universe Or Another Rebirth? 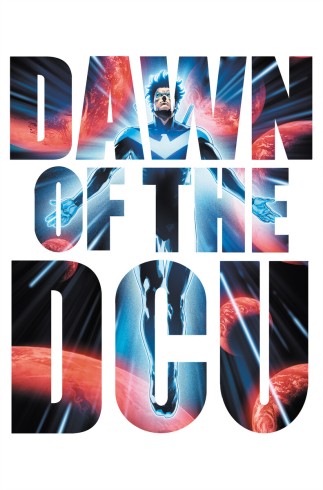 I haven’t been following Dark Crisis On Infinite Earths, The promotion was the DC heroes we wanted to see in action being killed off…in a couple of cases again…and the new heroes taking over. Basically it sounded like they were just doing a new take on the Future State concept DC fans had already rejected as the new direction. Either DC creators were hoping to get rid of Superman to have their own Superman Junior without paying the Siegel and Shuster estates or get their gay Superman replacement in there without any work (ruining any chance of the young Jon Kent we wanted back, as if there was a chance DC would correct that mistake) to make the character famous. Because it’s just the name Superman we all like, not the character. Right?

So I go to YouTube to look up videos for the article I decided to do today, which should probably be a two-parter anyway, and one of the recommendations is the following video from Thinking Critical about how this latest bout of Eventitis is going to end, with potentially a new DC Universe. I’ll save that plan for next week because we should probably talk about this “Dawn Of The DCU”, and what it means for the universe that got me into comics as a kid only to be disappointed as an adult with their new darkness and propaganda laden directions. So is this the DC 4 or another DC 3.X, like the Rebirth event? Will it hold? Are these the people we want in charge? I’ll go over these questions once the video sets the stage.

Do we really want Geoff “I’ll retcon myself if I have a better idea” Johns in charge of this supposed new DC Universe? This is the guy who ruined Billy Batson and the concept of the Original Captain Marvel. He created the totally-not-zombies Black Lanterns. He is still a DiDio Acolyte and was a willing participant in DiDio’s Darker DC. He even brought Barry back from the dead (because Danny D hated Wally and doesn’t realize Barry is a legacy character, too) only to have Professor Zoom alter his origin by killing Barry’s mother in the past and framing his dad, rather than having Barry be inspired by comic tales of the first Flash, Jay Garrick. He can tell a good story but his desire to change everything even he writes doesn’t serve him well when it comes to maintaining a universe. He’s not the DC savior the host of that video thinks he is.

I’m not going to comment on what is or isn’t going to happen to Nightwing or SuperBatman because I haven’t been following this event, DC having dropped off my radar a long time ago, or at least modern DC as the DC I grew up with is still my favorite continuity. I will say this final issue has way too many variant covers. According to DC’s own news report there’s about 34 covers. Why so many?

The thing is we know that Warner Brothers Discovery has no interest in DC Comics outside of the IPs for the media they care about, TV/streaming and movies, and the merchandise. David Zaslav has gone on about his plans for the DC properties but no mention of the actual source material, the comics. I don’t think we’re going to get anyone in charge who hasn’t bought into the notion that comics are a lesser medium, and thus we won’t get writers who actually care about comics. They’re either doing it for the resume, the money, or the platform to spread their worldview and get in good with their buddies. Even if they find a writer who wants to make comics instead of push a screenplay for the movie and characters they want out there using DC heroes and hero names as easy marketing, they don’t care about the characters, the continuity, the shared universe (they’re outright opposed to continuity and shared universe), or anything that came before they came along. It doesn’t matter if this is a new universe, like the original Crisis On Infinite Earths or Flashpoint, or simply a new direction, like Rebirth and Future State (the anti-rebirth of DiDio restoring his Darker DC that his acolytes like Johns, Tom King, and Brian Michael Bendis created), if you don’t have writers who care about continuing the DC Universe rather than working through their problems or wanting to fuel their egos if they even care that much in the media format they’re working in.

And as I went over earlier this week, they need to stop shoving the kids who made DC Comics famous in the first place away. Write stories that are kid-friendly but still something older readers can enjoy. They need to price them down so those same kids can spend their allowance on comics, or even the adults given the state of this economy. If the host is right, those cheaper writers should allow to reduce prices rather than increase them. As much as I like comic stores and want to see them thrive, those comics also need to get back to where a casual reader can pick them up, like supermarkets, convenience stores and drug stores. Those are all the places I picked up comics. Mostly though they need to have faith in their characters to find an audience without ruining iconic characters in the process and driving off older fans while not replacing them with the “cool kids” you’re pursuing who will never read comics anyway.

I don’t see any evidence that DC Comics has learned from their mistakes or that the new parent company is doing anything to change that. Dawn Of The DCU may end up being another marketing gimmick that won’t lead to any real change, or at least a positive one. These are just not the people who can save DC Comics and more and more it looks like nothing will. DC Entertainment may have plenty of characters (or at least names to swipe) for their shows and movies, but if this trend continues they may not have the comics and I’m not convinced they care anymore. To Warner Brothers Discovery DC Comics is there for show and to create property, and the writers and editors don’t care about the DC Universe. It looks like DC is continuing to die.

Posted by ShadowWing Tronix on September 16, 2022 in Death of DC and tagged Dark Crisis On Infinite Earths, Dawn Of The DCU, DC Comics, DC Universe.