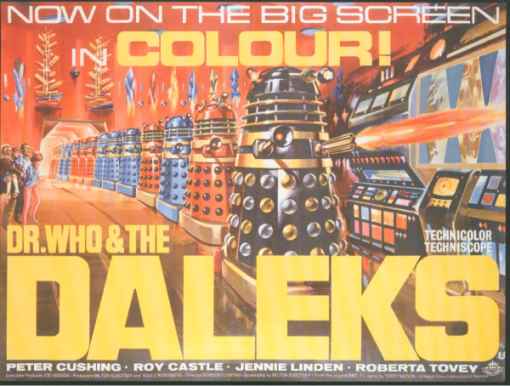 Someone posted this link to an article by Vice.com‘s Dave Shilling about how vicious we are when we come to opinions in the geek community. I was just going to make a Morning Article Link out of it for tomorrow and get on to other things. Then while I was putting the dishes away I thought about it and I think I do have something I want to say about this issue because it really isn’t just movies. This is becoming a big, and frustrating issue right now.

Go all the way back to the first article I ever posted to this site. I acknowledged that a show I hate (although at the time I didn’t think to go into why I hated it…first post and all) had some good qualities. I still hate it. HBO’s Spawn cartoon was vulgar, violent, bloody, and totally misrepresented how the whole Heaven versus Hell thing works (said the Christian who believes in both God and Satan). However, it was well written, well performed (Keith David adds major points to anything he’s in, really), and the animation wasn’t bad. It was all of that other stuff that annoyed me. You’re welcome to like it but I don’t. That used to be okay. For some reason that has changed. Put down a popular anime, Joss Whedon, or go the other way and say something positive about Twilight or some other “unapproved” franchise and watch the insults, and sometimes death and rape threats race across your monitor.

What the hell, guys? I’m not going to say I’m completely innocent when it comes to defending something you like. When “ERod”, of TGWTG’s The Blockbuster Buster, took every opportunity to slam Super Friends during his “DCcember” series I got mad. Real mad. It’s not that he didn’t like it. It’s that he took every opening he could to say how much he hated it but outside of Aquaman’s treatment (someday I’m going to own the series, currently out on DVD, and try to disprove this never-ending claim) and his usual dislike of anything “goofy” (read “lighthearted and fun”) he never really went into why he hated the show. Also, he wasn’t talking about the show, but direct-to-video movies and Batman: The Brave & The Bold. However, he still found a way to insult Super Friends whenever he could, and I took him to task for it.

The thing is I can admit that the show wasn’t perfect. We both agree that season 1 was terrible and the “Super Powers Team” final season was awesome. I still say it was the best season. Everything in the middle, however, I grew up with. It’s what led me to the DC Universe, which I instantly took to over Marvel’s style. It also had an effect on me as a writer and why I prefer all-ages/kids work (again, not the same thing) both as a writer and a reader. He is within his rights to hate it but it was the constant bashing all month that lit my fire.

That’s not even happening to a number of reviews I see. The biggest example I can give you is Noah “The Spoony One” Antwiler. Whether he’s logging his issues with the Legend of Zelda franchise or why he didn’t bother to go to see Guardians Of The Galaxy, he’s been hounded by people telling him he’s wrong. Unless Bendis’ GOTG and this movie somehow changed your life why are you on his case? He didn’t even say it was bad or he hated it, just that it wasn’t something he cared to see because he didn’t like the comic book it was based on. I have no interest in seeing Citizen Kane and I’m not about to bash it. And bash it Spoony did not. He just thought using the opening bit from “Hooked On A Feeling” was a dumb idea and I kind of agree with him, and I want to see the movie. Unless the song has some major connection to the plot besides “Star Lord is from Earth and it’s the only song he has”, I don’t get why it’s so tied to this movie.

And you thought his worst threat came from the government. (Photo credit: Wikipedia)

This happens in video game circles as well. If you defend a game that somehow has been officially recognized by the more vocal community members as the worst thing ever (maybe saying you liked the Atari 2600 ET game or something) you will be told how wrong and stupid you are and that you need to change your opinion to the approved one. And the reverse is not only true, but worse. And try giving a game that has been considered sacred to the growing geek hivemind anything lower than a 9 out of 10, even if it’s 8.5, and prepare to be told all the ways and places they plan to inject their body parts into you for daring to put down “their” game. (If you’re a female prepare to deal with rape threats and God help any gender with kids.) I’ve seen Christians less upset about someone blaspheming the Bible than some of the comments if you dare not like the approved media as much as they do or vice versa.

Again, if it’s something you grew up with or had a profound impact on your life then I see the desire to defend it. Remember, I have a video defending both the GoBots in general and Challenge Of The GoBots specifically on this very website. Which you would think would make me a bigger target since Transformers fans seem to hate the show. Yet all but one comment I’ve had on it either says “I still don’t like it but you raise some good points”, which is how we SHOULD approach this, or outright agreeing with me, which it’s nice to see I don’t stand alone even though I would anyway. I also must be under the radar since the Simon Furman fans haven’t tried to lynch me yet, and there was a time that would be a joke and not an actual worry. So if none of this concerns you, if you don’t mind that geeks are running virtual jihads when it comes to a game, movie, television show, or other media, you really really should be because I have exaggerated nothing. Including the rape and death threats.

At ConnectiCon, and I need to post those panels soon, Doug Walker hosted a panel the last two years where people could talk about movies they liked that others didn’t and vice versa. There were groans…and applause for people who went against the popular opinion. If I wasn’t running the camera I’d probably add a few of my own, but there will be Video Reviews and possibly written articles in the future defending what I like. What I will NEVER do is tell you not to like what I do or the reverse. We all have our own tastes. Enjoy Man Of Steel and the re-imagined Battlestar Galactica if you want. Be turned off by the Portal games and the 70’s Buck Rogers. That is your right as human being and agree with you or not I will continue to support that right while fighting back if you savagely assault something I love. But not if you hate it.

Again, it’s the opinion I started BW Media Spotlight proclaiming. There is a difference between “this is bad” and “I don’t like it” or between “this is good” and “I like this”. Some people like bad media or hate good media. Death threats, demanding someone’s opinion is wrong and must immediately be changed or you’re a worthless person and deserves a verbal and/or physical assault, is something that is already making social and political debate a lesson in fear, and those are things that matter to the future of our very culture and livelihood. You really want to bring that into debating whether or not someone wants to see a silly movie? Really? There are more important issues going on and I won’t date the article any more than I have coming up with them. Just watch the news about what happened last night and I’m sure you’ll see it no matter when you’re reading this. We used to struggle for the right to have our own tastes and opinion. Now we seem to be guilty of the same sins of the “normals” (as if somehow being a geek is still abnormal in the computer and superhero/kaiju mainstream movie age), only we’re assaulting ourselves. And being bigger scumbags than the ones we claim still oppress us. That crap needs to stop. NOW! If you’re such a fan of these heroes, try emulating them for a change.