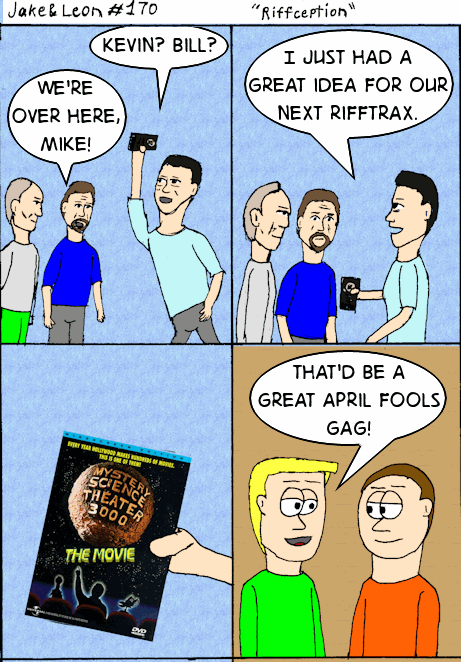 And you know you’d buy it just to see how weird it is.

Mystery Science Theater 3000 started the craze of riffing cheezy movies. It moved on to bad movies, and then someone realized that even good movies had some weird ideas. The last three hosts of MST3K have moved on to Rifftrax but while fans enjoy it, they also miss the skits and characters of the show that started it all.

The creator of the series, Joel Hodgeson, has been trying to get back in the game for awhile now. While he left his show to pursue other projects, he still had a connection to it, and even tried to bring the idea back with his own riffing show, Cinematic Titanic, along with other MST alums. Now he has the opportunity to bring back the series that started it all, thanks to the help of Shout Factory and hopefully…you!

The Kickstarter page explains what they need that much money for (basically Kickstarter stuff plus capital for the episodes but it explains more than I can here). As I write this in the afternoon it’s already met half of its first goal, three episodes. I wonder what stretch goals they might come up with if they get all 12 episodes?