Should There Be More Anime Dubs Like Ghost Stories? [VIDEO] 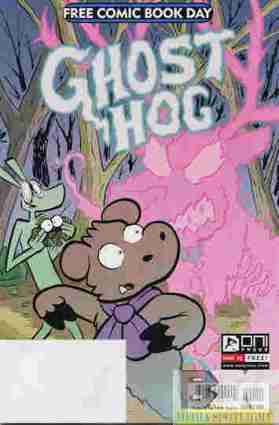 Ghost Stories was a Japanese anime about elementary school kids who keep running into the supernatural. It takes a lot from Japanese and occasionally Chinese folklore as these kids try to expel various ghosts and other spirits. It was a show for kids that also gained a slight adult following. But you wouldn’t know that from the English dub!

ADV’s dub is rather infamous in the English-speaking sector of the anime fandom because the dialog was replaced with raunchy jokes and dark humor that made it absolutely not a kids show. The anti-Republican jokes and the fundamentalist Christian probably didn’t help, but fans don’t care as they often find it hilarious. However, was it a good idea to make this dub? Could you do something like it again outside of an Abridged series? In the second video I’ve grabbed from the Cartoon Cypher team we look at the real history of this dub as they ask that very question. Note that some graphic language and imagery follows.

Personally, outside of parody I don’t think you could do something like this again. Japanese animation isn’t as niche as it once was. General cartoon and science fiction fans also watch this stuff and it’s gained a wider acceptance. Like Robotech or the Westernized shows before it like Speed Racer, you don’t really need to do something this radical. I’m glad it exists though.

Of course, sometimes the crazy actually comes with the anime and you have to work around it. You can just go to the Cartoon Cypher now and watch it or come back next week as we discuss the madness that is FLCL. And don’t forget to go to the video proper to look up the clips and references for this episode.

Posted by ShadowWing Tronix on September 17, 2019 in Animation Spotlight and tagged dub vs. sub, Ghost Stories.