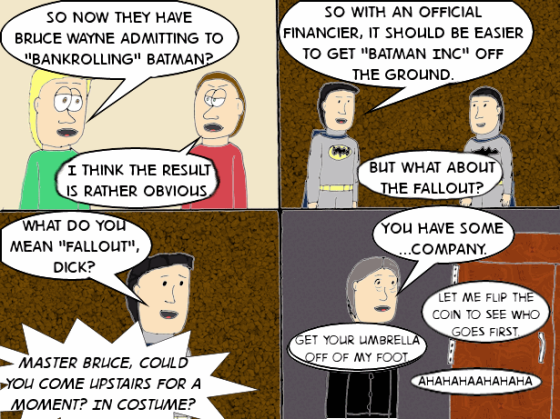 Could I draw a worse Alfred?

You’re probably wondering what’s up with the backgrounds. Well, you’ll have to click on the comic to find out why they’re so bad. I spend time writing these things, you might as well read it. And then you can read today’s news reports.

Big deal, only one other comic put up a nomination worth posting. This wasn’t one of my best reading weeks.