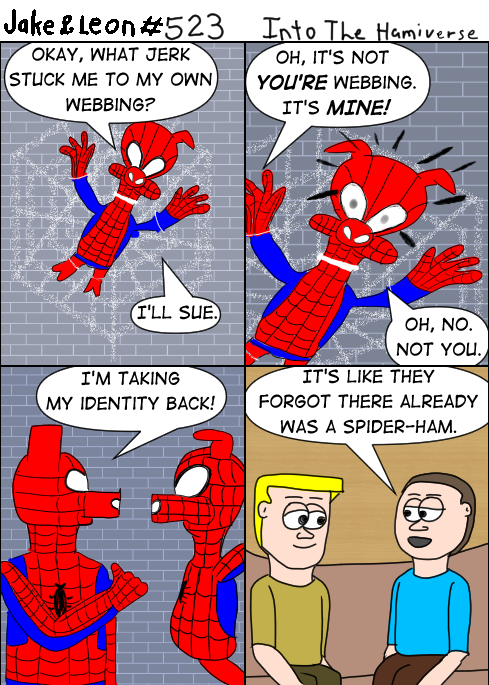 You’d think drawing either Spider-Ham would be easier than people for me. You’d be wrong.

I’m disappointed that the new Spider-Ham replaced the original, who was never able to have an appearance outside of the comics. If memory serves new Ham made his debut during the “Web Warriors” storyline or whatever it was called and apparently someone had heard of Spider-Ham but didn’t research it and just figured he was some Looney Tunes knock-off or possibly Howard The Duck. And that’s the one currently in the animated stuff. The original Peter Porker that began in Marvel Tales got the short strand of the webbing.

Over at The Clutter Reports this week I’m looking for a good comic price guide website. I found one that might work but frankly I would like a few so I can get a good average. Before you start throwing sites at me read the article and make sure I didn’t mention it.

These declarations seem to fail miserably but I’ll try anyway. I’ve been trying to do another Finally Watched for a while, if only to clean out the DVR a bit. So this week I want to do a Finally Watched week and see if I can get at least one actually watched. I have my four movies in mind (because the Chapter By Chapter review of Robotech: Before The Invid Storm is still going on) and I’m even going to do a Finally Watched edition of Saturday Night Showcase of a small indie project I’ve been waiting to watch since I heard of it (hopefully it lives up to the hype). How much of that happens depends on time, life incidents, and whatever breaking news causes me to divert my attention. Have a good week everyone and wish me luck!