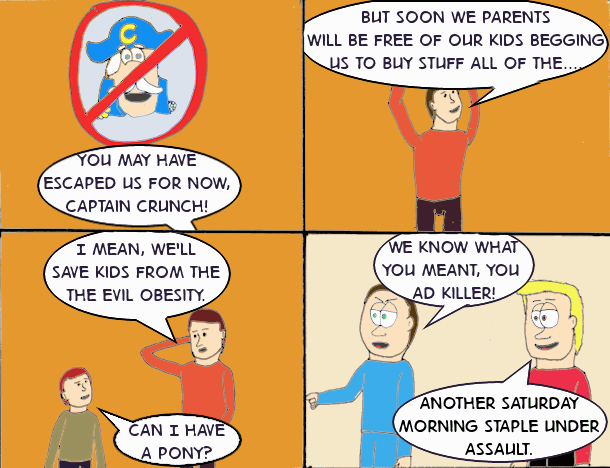 I don’t even eat the stuff.

There was a news story that Captain Crunch cereal was going to be discontinued. Now I’ve never had the cereal, but I grew up watching the advertisements, treating them as just another cartoon every Saturday morning. Of course, Saturday morning is all but dead and SatAM as I knew it is reduced to one station.

PepsiCo, the company that owns Quaker Oats, responded that it was a rumor and the cereal would continue to be sold. There are those parents groups who I feel just don’t want to parent, as well as do-gooder groups who want to “sanitize” everything and “save our children” from getting fat. As this comic shows, I question their true motivation. (Except for the actual nanny-staters. They just hate anything fun.)