This is why we can't have nice things.

The Strike Force is taken prisoner by Zalex’s dinosaurs. The humans learn the origin of the Force and Zalex’s forces as Zalek plans to turn our heroes to the side of evil, and have found Tyler’s father, leaving Tyler and Buggy the only ones who can save the good dinos.

What they got right: We finally have the rest of the origin of the characters, and (outside of aliens centuries in the past using dinosaur names created by humans years later) it rather works.

What they got wrong: Issues of this series are solicited as “mature readers”, but I haven’t seen anything thus far that would deserve such a ranking. In fact the ad on the back almost suggest it was created for kids, just older ones than Super Dinosaur.

Recommendation: So far I’m enjoying the story. It’s worth taking a look at. If you found Super Dinosaur a bit too campy this may be more your style. 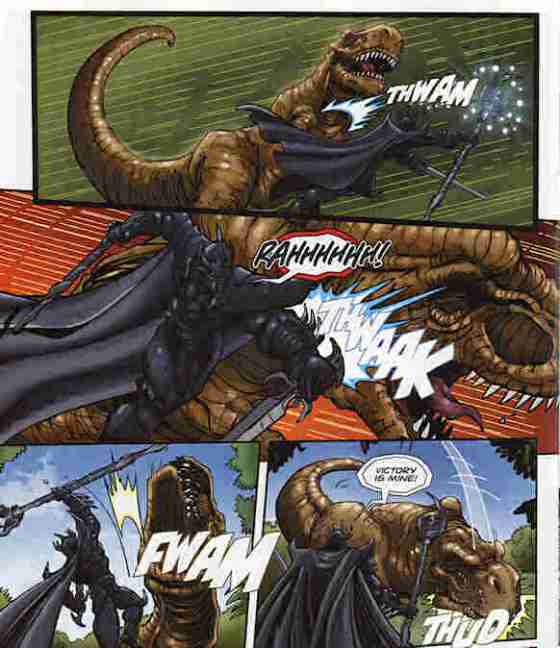 Zalex is a poor winner.