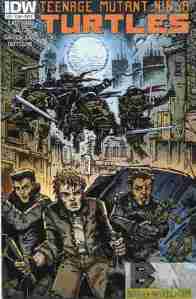 The Turtles are practicing on the local crooks now that they’re back in New York. Meanwhile, Shredder is going out of town, leaving Kurai in charge. As Donatello works to build Honeycutt’s teleporter to reach the Technodrome, April is trying to get back to a normal life, but Casey is still dealing with the problems of his father, who wants Casey to join the Foot.

What they got right: It’s good seeing the gang home, and Casey still standing up to his father. Also, someone FINALLY called “Hun” out for joining the guy who stabbed his son, whatever spin Saki tries to put on it.

What they got wrong: I’m still not liking the use of the current show designs here. These aren’t kid-friendly stories so using the Nickelodeon character models seems like a bad idea. The kids will see this instead of the Animated Adventures and think it’s the same comic…which it totally isn’t. 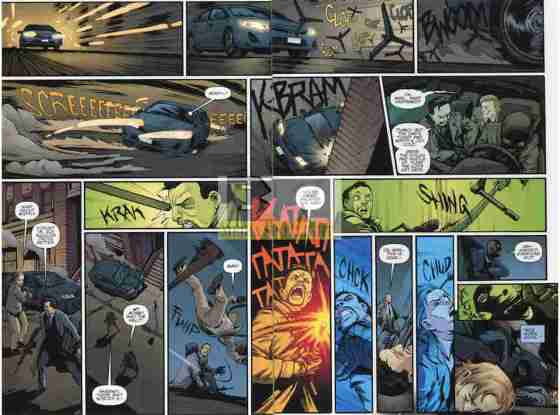