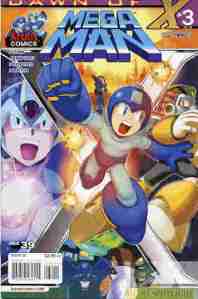 Comics Alliance is reporting that the Blue Bomber is returning to cartoons, as Man Of Action, the people behind the Ben 10 franchise, will be producing a new Mega Man cartoon for Capcom, set to debut in 2017, the 30th anniversary of the video game series. Previous appearances in animation (not counting spinoffs) include Captain N: The Game Master, the Ruby-Spears cartoon from the 90s, and Upon A Star, a three episode direct-to-video introduction into Japan for kids. (I may do a Video Review on that someday.)