The Many MANY Intros Of Transformers: And All The Rest 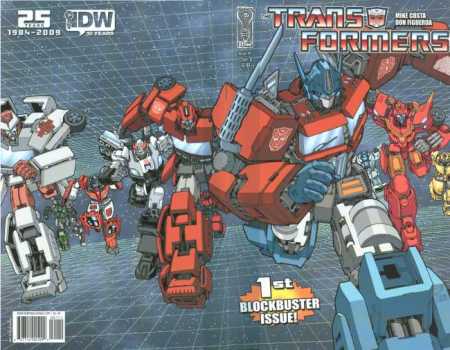 The Transformers multiverse is vast. Taking a look at the intros for every incarnation on TV is the longest “Many Intros” article I’ve done. However, we’re on the last installment…for now. Transformers continues to air and get new intros. Netflix is set to do a series based on the “War For Cybertron” toyline (not to be confused with the video game), Cyberverse teased a third season, and while I don’t know the fate of Rescue Bots Academy I wouldn’t be surprised to see another season of that. This series may be over but it’s a topic that’s likely to come up again because I love Transformers and I love show intros, so discussing both is a given.

Before we go, there are a few more series to look at. These are stand-alone continuities, specials and mini-series that don’t fit into the other trilogies and aren’t as big as the ones I’ve covered. These are the last shows to cover, or at least the ones with decent intros. The “Prime Wars Trilogy” didn’t have real intros, just a flashy logo reveal. Robot Masters if memory serves was just an info dump, and I’ve already posted that years ago in Saturday Night Showcase. Cyber Missions was the same and I posted that miniseries recently as well. The former was a promo DVD and the latter posted online but they’re still Transformers shows even if they aren’t TV shows. The others I’m bringing up tonight are short but fall into the same category.

Transformers: Go-Bots is another one of Hasbro’s attempts to keep their former rivals from ever returning after buying Tonka. Sure the spelling is wrong (the Tonka line was spelled GoBots) but it’s enough to block their return. (I discussed another in my review of Universe Inferno over at The Clutter Reports.) The 2000s toyline is meant for a preschool audience and was released by their Playskool division. (More on that line at the Transformers Wiki.) It didn’t go over so well, but elements of the concept would be tried again for the more successful Rescue Bots series. (The line was even called Rescue Hero Go-Bots in Japan.) It did have four episodes made in the same 11 minute style, so technically two episodes of two stories. It only aired in a couple of places, but the two/one episode did get released on VHS free with one of the toys, Speed Bot, I think as a Walmart exclusive but the wiki doesn’t mention that so I could be wrong.

The theme song just comes from the ads for the toy but it works for the target audience. It only gives part of the concept however. The show features other Go-Bots coming to Earth and unintentionally starting trouble, the Go-Bots choose from one of the many forms they think is best suited for the mission, save the humans put in danger, get the visiting Go-Bot to apologize and then they tell him he might make a good rescue Go-Bot someday. I wouldn’t call it a terrible show but I can see why the test market didn’t pick up on this show. The formula is a bit too strong on this one. Rescue Bots did a better job with the concept. I did a Saturday Night Showcase on this one as well.

The 2010s brought us Q-Transfomers, based on the mobile phone game and connected toyline. Like Chrono-Q, the line features cute versions of the more popular characters. Two shows came out of this one. The first, Mystery Of Convoy Returns, starts us off.

Unfortunately I have no translation for this song, but given the track record I wouldn’t be surprised if this is barely about Transformers either. As far as setting up what the show is like….

….not a chance. The show is basically versions of Optimus, Bumblebee, and Lockdown discussing the toys and being part of the 30th anniversary in the cheapest Flash-style animation possible. I couldn’t find an intro for season two, Q-Transformers: The Road to Additional Popularity, which features other Transformers trying to boost the line’s popularity.

And that’s it. There are fanfilms, video games, and stuff like that, plus more shows coming in the future but I have now gone over every Transformers show I know of. I hope you all enjoyed this look at the various US and Japanese Transformers intros. Now I just need to figure out what to do with my Friday posts.