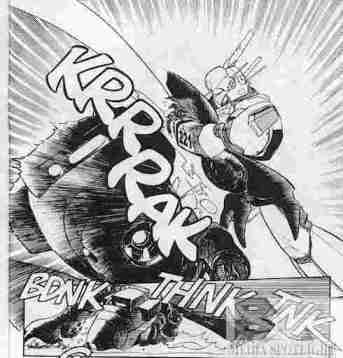 Lacking pictures connected to the FBI, here’s a giant police robot to distract you.

Whether they’re buying in to outdate stereotypes or someone else’s tropes and clichés, trying to take some license for the sake of the story, or just that ignorant (I’m not ruling out all three), writers have been known to get procedures and personalities of the people who work at the Federal Bureau Of Investigations wrong, and some of that can actually be detrimental to their cases. However, I’m tied of the “FBI takes over for the cops but are not as competent as the cops” cliché. (In The Heat Of The Night did this a few times.) Actually, the FBI does try to work with the local cops because they aren’t morons. Business Insider talks with three current and former FBI agents to discuss what writers get wrong about them and the agency itself.