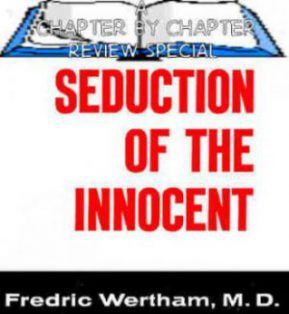 I will never escapes this quack, will I? Every time I think I don’t have to mention his name anymore, Fredric Wertham managed to get into the BBC’s rather questionable look at Superman since it seems to be as critical of Superman. I imagine I should go over this special in greater detail in the future. The article writer thinks its news that Freddy boy tries to paint Superman as Nazi propaganda (despite being created by two Jewish men a decade before Hitler began his crusade) but if you’ve been here long enough you’d know that this is just Wertham being Wertham.

Posted by ShadowWing Tronix on January 19, 2022 in DC Spotlight, Seduction Of The Innocent and tagged Dr. Fredrick Wertham, Superman.