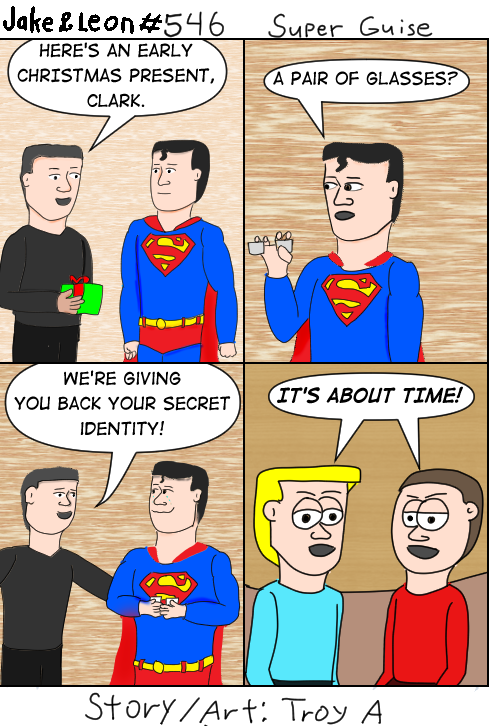 It’s also a gift for the fans. I expect DC to return it as soon as possible.

I wonder how they’re going to do it, since they’ve said there isn’t going to be magic involved, like when Mxyzptlk restored DC 2 Superman as the definitive DC 3 Superman, only now with a son they hyperaged because they hate kids? Will Jon get to keep his boyfriend, will Lois remember, what about the Supertwins, and just exactly how are they going to screw this up. It’s sad that they’ve done such a poor job in the past decade that I’m waiting to see how they’re going to screw it up rather than be excited that “Clark” is coming back…unless they give him a new secret identity and continue to completely miss the point.

Over at The Clutter Reports this week I decorated the studio for Christmas.

Looking over my Watch Later playlist’s numerous Christmas offerings on hold Saturday Night Showcase isn’t going to be enough to go through all the potential new Christmas specials I want to add to the playlist. I’m weighing my options, but the new Christmas songs and shorts should be easier to manage. Meanwhile, we continue looking at TekWar for Chapter By Chapter because nothing says Christmas like noir anti-drug sci-fi story…look, some things are beyond my control, and scheduling is a pain this year. At any rate there will be Christmas and non-Christmas stuff all month so everybody wins. Have a great week, everyone!