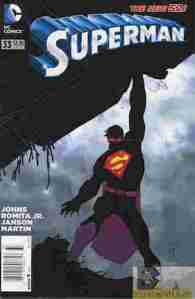 Ulysses is all the buzz and Perry wants to know more about him. Clark needing information on the lab that sent him to another dimension and Clark knowing the new hero in town (because Ulysses isn’t up on the concept of secret identities) makes Perry more determined to bring Clark back into the fold. But as Ulysses tries out the alter ego things someone goes on the attack, someone determined to keep Clark a loner.

What they got right: I didn’t mention there’s a happy reunion and I do like those. I also like the part about Clark being back at the Planet where he belongs. The mystery villain is also intriguing. He attacks with what looks like army men toys but we already know from interviews they’re not going to try and do Toyman, at least not now.

What they got wrong: Were either Romita or Janson in such a hurry that they forgot about necks? You can also tell that Romita isn’t used to drawing someone flying like Superman does. It’s closer to Iron Man, but not exactly, like between the two.

Recommendation: I’m still enjoying the story and hopefully the art team will figure out necks and Superman’s flying style. It’s still a book that feels like Superman in the New 52 era rather Superman 52 and I’m fine with that for now. 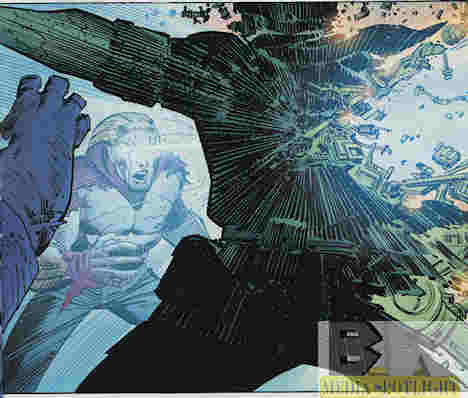 You did know that was a robot, right Ulysses?