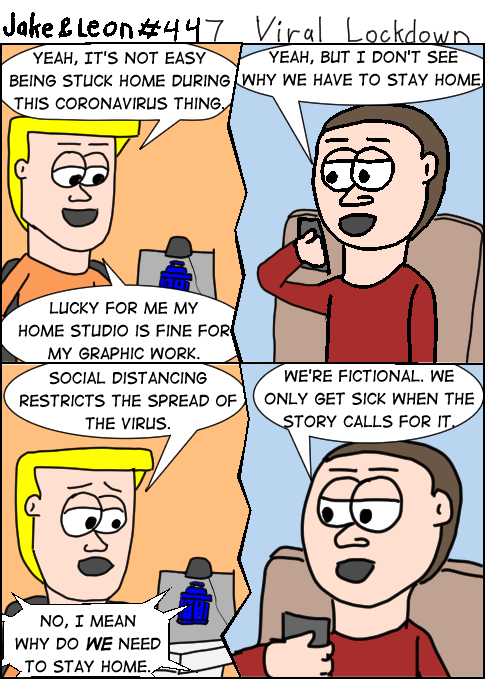 Then again there’s that whole not really existing thing.

A bit over my usual fourth wall breaking but we need to lighten the mood a bit these days before the bad stuff overwhelms us, and I don’t just mean the Coronavirus. With that in mind it’s time to get back to BW operations, with a hopefully better break when things clear up, like maybe going somewhere, At least I got a few things done, which I go over in this week’s Clutter Report, including a few fixes to this site like the RSS feed in the footer, but I really needed a few do-nothing days to fend off the burnout. The timing’s just bad.

As far as this week I’m planning a huge dissection of Countdown To Infinite Crisis, the comic that killed off Blue Beetle Ted Kord. It’s a great example of how an otherwise well-told story fails as an adaptation or continuation,  and because of that the miniseries is going to take three days to really go over, lest I forget to praise, mock, or scorn something important. We also the next Chapter By Chapter review of Spider-Man: Carnage In New York and a new Art Of Storytelling (unless I end up needing four days for Ted’s murder), plus the return of comic reviews, and the daily article links/videos. I’m actually considering dropping them to see how necessary they are as I try to fit time in for other projects but it’s a good place for shorter videos that aren’t long enough for a Filler Video post in the primary article slot (6 PM ET). If you guys watch those videos or visit those articles on other sites and really want them to stay let me know. Plus it would be nice to hear from other people besides my friend Sean, especially now that social contact is reduced to comments, e-mail, text messaging, chat rooms, whatever Discord is, Skype and its various counterparts, and various MMO games. Stay safe, stay healthy, and have a good week!