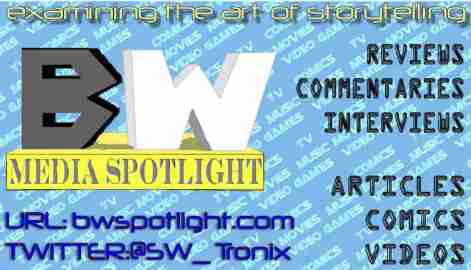 This wasn’t a good week to get a Jake & Leon comic done. I had to get thing set up for the change to Spring and Summer here in BW Attic HQ, which I mention in this week’s Clutter Report and a friend is trying to figure out why the computer is going blue screen on me. We think we know what the problem is and just need to work on the solution. Luckily I can still continue normal BW operations. It’s just by the time we (well, he) was done and I had lunch I didn’t think I could do a proper comic without rushing it. Yes, even the art style designed to make it easier to rush has its limitations. So hopefully we’ll have a new comic next week.

As for what else is coming, Art Of Storytelling continues the comic marathon with comic books, I’ll be reviewing the same comic books as I have been (just different issues, naturally), we’re getting closer to the end of Spider-Man: Carnage In New York for Chapter By Chapter, and if I can track down the next Free Comic Inside comic I want to use (maybe integrating them into the regular longboxes wasn’t such a good idea after all because I own this one) you’ll see that. So this week may be very comic sided depending on what’s going on in the reel world to comment on. Some studios are resuming work, publishers are seeking to get back into slowly opening comic stores, so maybe there will be something interesting to talk about this week. The only video game news has been in a franchise I don’t follow, and outside of celebrities being idiots on the internet as they try to pretend they’re just like us (I’ve seen Madonna pretend she know how to sing in a YouTube video…meanwhile YouTube-based musicians are making her look like more of a chump by being good without a huge staff and studio) so there haven’t been as many current events to discuss. We’ll see what comes up or what I can come up with.

Have a good week everyone. I’m still waiting until I can get a haircut again.

Posted by ShadowWing Tronix on May 24, 2020 in Uncategorized and tagged update.