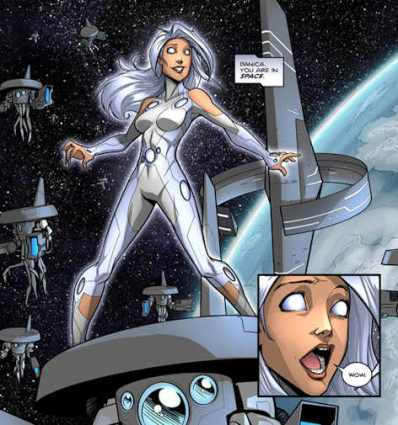 When I interviewed Billy Tucci one of the pieces of advice he gave was that Marvel and DC Comics had such a lock on the superhero genre that nobody else should bother, and the small press comic community seems to agree. I don’t because I’ve been creating superheroes since fifth or sixth grade and I love superhero stories. Michael Terracciano, writer for the superhero web comic Star Power also disagrees with this advice and wrote a blog explaining why he and artist Garth Graham produced a sci-fi superhero comic.