Continuing my look back at BW’s history taking part in the late Friday Night Fights. We’ve gone through five tournaments so far so here’s part one and part two if you’re curious.

Part three contains Minimum Clonage, where we weren’t supposed to use the same character twice…so I didn’t even use the same logo twice. The first six were done with game sprites and the other six with comic panels. I’m kind of proud that I pulled that off. Then there was the Free For All. While I lost interest in themes near the end of FNF at this point I was too used to it and saw an opportunity to do a Bumblebee themed tournament. So that will be the best of Da Bee’s Decepti-bashing action! Two tournaments, a whole lot of action! 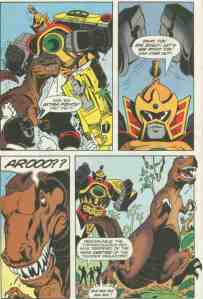 This comic came out after the original Rangers replaced with Zords with the ThunderZords, but seeing the Mega ThunderZord fight the inspiration for the Red Rangers’ old DinoZord was pretty neat. I hope he wasn’t the one who eventually worked with the Dino Thunder Rangers.

In this one J’onn J’onzz has to fight his weakness to fire and use his smarts to stop a killer satellite and rescue some dumb kids. No, really, they aren’t too bright. I like the fights were the hero has to out-think his or her or their opponent(s) rather than just punch or blast them. 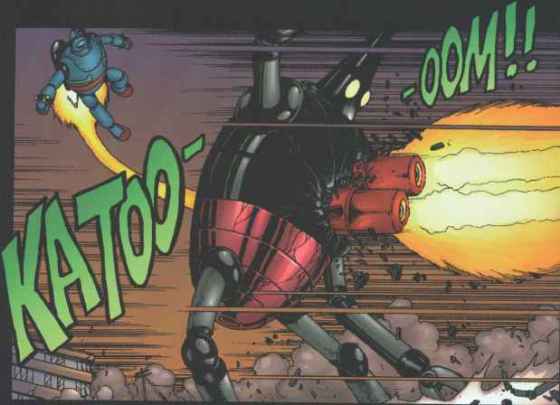 What Gigantor lacked in swords and guns he made up for in pure muscle and rocket jets. I’ve reviewed the Antarctic Press version and it’s a good run, especially the original stories.

Student & Master part 1 (Teenage Mutant Ninja Turtles #6/Minimum Clonage round 7, although I wrote 6 on the page)

The Dreamwave run of the Ninja Turtles was somewhat based on the Fox Kids cartoon at the time. In this one Leonardo helps his student by demonstrating the movements for him to use on the villains threatening his love interest. I like it. It shows that when he’s written well Leo is actually a very fascinating turtle, probably the most dedicated to training and their mission, which is why he’s the field leader.

We couldn’t use the same character twice but we could use the same series, although this was the next issue. This time it’s the Turtles’ turn to use their noggins and defeat a street gang/Kali cult (you know, the usual street gang cult) by outhinking them. Granted they’re dumber than the kids who went into a dilapidated building during a UFO invasion.

Valiant’s Nintendo comics were a mixed bad. Their take on Super Mario Brothers was bad comedy but had a charm to it. Legend Of Zelda I rather enjoyed. Captain N: The Game Master had some silly stories but some good stories. For example, the time when Mother Brain pushed Kevin a bit too far and he tried to outright murder Mother Brain! You didn’t see that in the cartoon…although you did do that in the Metroid games and the comics had Samus but it’s Kevin…at any rate it’s probably one of the better stories in the comics. 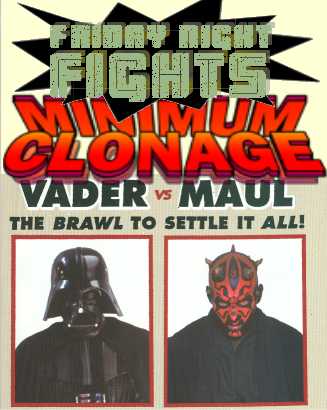 Darth Vader versus Darth Maul is one of the best fights ever in comics, as it should be. While the cartoons would later come up with a less dignified way of bringing Maul back (but at least they did something good with him afterwards) and he probably shouldn’t have been brought back the way they brought him into this fight worked…considering it’s basically fanfic made officially and really darn good.

This is my favorite Spider-Ham story and not because it was my first. In this story the anthro pig version of Spider-Man fights anthro veggies and it’s just a fun fight.

Surprisingly not all of Da Bee’s fights are awesome, and some others did the winning. He was still involved, like the time he and Bluestreak had to save Buster from a not-yet-alive Jetfire.

Paging Dr. Goldbug (The Transformers #30/Evolution Of Bumblebee round 6)

The first time we hear about Scraplets is when Frenzy (or Rumble…it’s confusing) insults Sparkplug way back in #3, but it was this storyline that actually showed us a Scraplet, a plague disguised as nuts and bolts that eat mechanical life forms like Transformers. While Bumblebee isn’t the hero in this one either his actions do lead to the victory.

One of the reasons I like Bumblebee so much is that he best gets along with the various human allied the Autobots make. Here he joins a former circus boss and a group of kids to stop an alien trying to force them to join his circus sideshow. It’s not just Decepticons that learn not to cross Da Bee, even when he’s Goldbug. 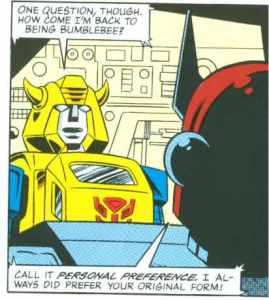 The Bee Returns! (The Transformers #59/Evolution Of Bumblebee round 10)

In the Marvel run Megatron’s greatest enemy wasn’t Optimus Prime, it was Ratchet. He’s handed the Decepticon founder the best defeats by using his head, as he did here. It would turn out to be a great sacrifice, but that’s for another time. It’s also the debut of the Classic Pretenders, some of the fan favorites returned with Pretender shells. Goldbug is turned back into Bumblebee because he likes his enemies to see his face before they go offline. That’s my version anyway.

Water Skiing, Cybertron Style (The Transformers #61/Evolution Of Bumblebee round 11)

With a little help from his friends Bumblebee (now in his old form and with a Pretender shell) takes out one of the baddest warriors the Decepticons ever produced. Because their best are no match for Da Bee!

That’s all from this set of fights. More to come next week. Don’t worry, this won’t go on forever. 🙂