And the beat(ing) moves on. We’re still in the “Boxer name” phase of the Friday Night Fights, with each Prize Fight (as they were now called, and for a while actually included a prize for the winner) tied to the boxer or one of his more legendary fights. This installment of my favorite of my entries will see the fists of Marvin Hagler, Joey Maxim, and Roberto Durán Samaniego. So let’s get right to the battlefield! 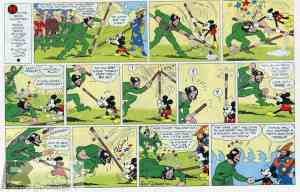 A reprint of the Mickey Mouse comic strip where Mickey sparred with Little John. There is no way to explain how that happened that will make a lick of sense to most of you. And I may fear some of the ones to whom it does. 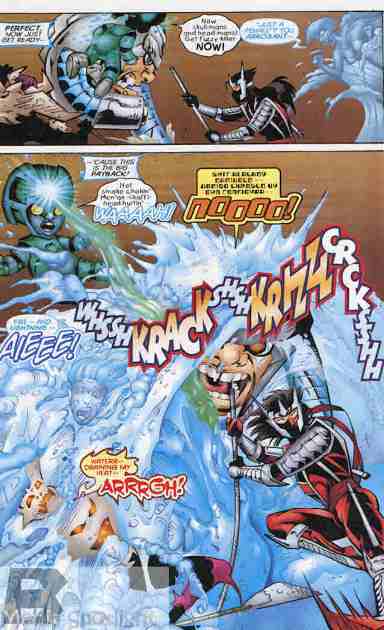 I’m hardly one to complain when someone doesn’t like a reboot. It happens to my beloved concepts all the time. However, preferring the new version sometimes happens to me as well so I do understand that. So when our MOC went after the new version of Ninjak, which I happen to love, I had to show him being awesome. Here we get to the obligatory “fight all the old bosses again” level. 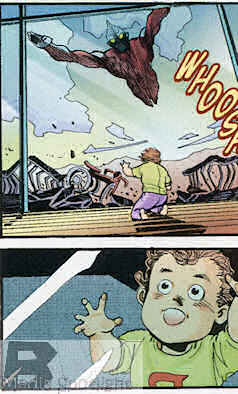 Taking Out The Trash (Ultraman Tiga #4/Marvelous round 5)

The Korean Ultraman Tiga comic is fantastic. That is all. 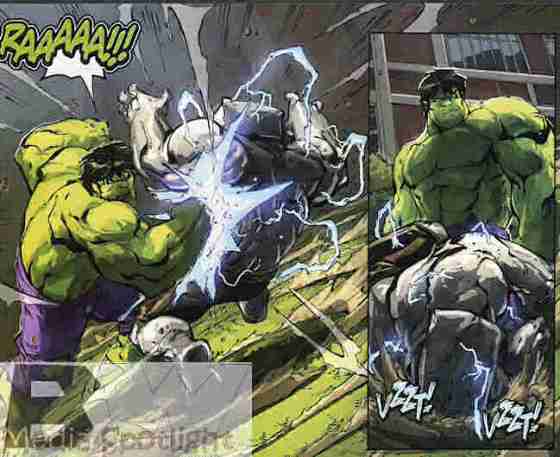 You may think the image above showcases the actual winner of this fight but it isn’t. What I love about this one, from the tie-in comic to the cartoon, is how brains and brawn are both required for the victory here. Hulk has the brawn and Ant-Man brought the brains. And the ants. 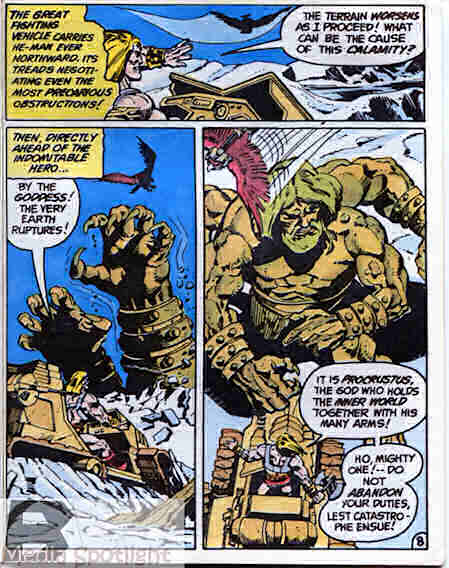 Eternia Has Some Weak Gods (Masters Of The Universe: The Magic Stealer/Marvelous round 9)

This one makes the spot more for how often I’ve referenced it more than the fight itself. In case you missed how easily Procrustus, the guy who tries to keep Eternia from pulling a Krypton (shut up, Bendis!), gets knocked off his feet, here you go. 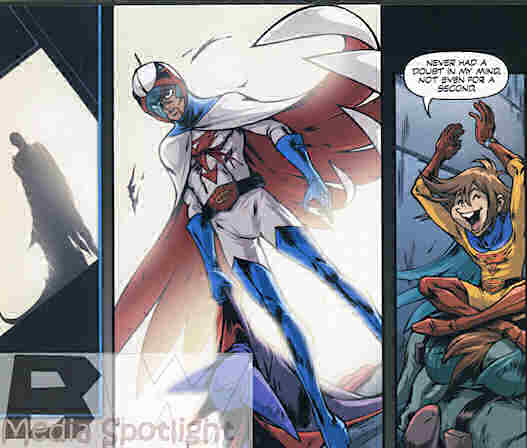 Everyone who likes Science Ninja Team Gatchaman or it’s various alternate translations (for me it will always be Battle Of The Planets) has their favorite G-Force member. For me it’s Mark and you see why in the first fight while in the second you don’t get to see why the team is great together…but you do see the results.

My favorite web comic and I hope it resumes soon. I should also remind you that if you like this the creator is currently working to re-release it in graphic novel form, but in full color. Please support this. Someday I hope to buy it when I have money again. 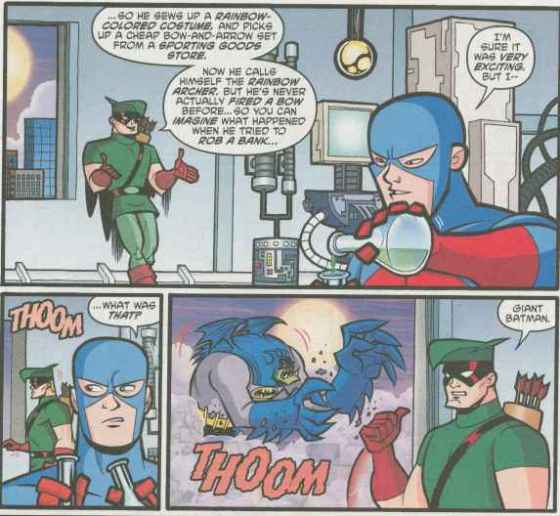 Giant Batman (Batman: The Brave And The Bold #10/Maxim round 7)

I don’t think I need to explain this one.

insert whale pun here (Batman: The Brave & The Bold #1/Hands Of Stone round 3)

Aquaman has an odd history of hitting people with whales. Just an observation. 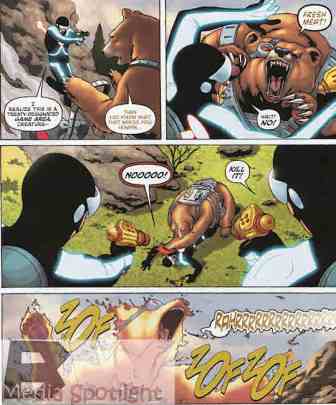 It doesn’t star any of the main cast, but it does feature a cyborg bear. 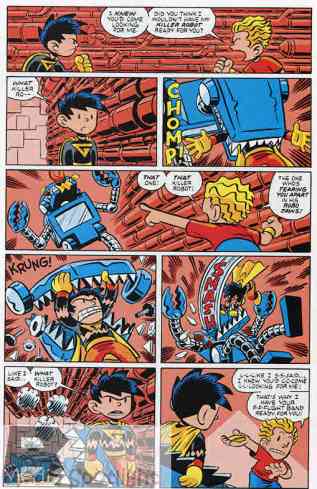 I think that’s enough reading for this week. Next week…even more.

Posted by ShadowWing Tronix on June 8, 2018 in best of FNF and tagged Friday Night Fights.